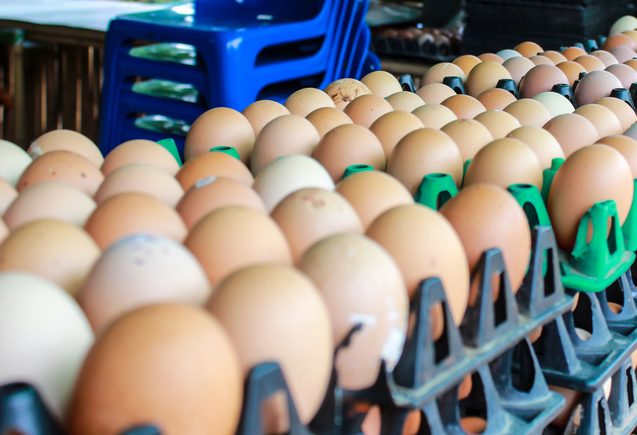 Sales of eggs in the Netherlands have returned to their usual levels after a two-week slump caused by the pesticide scandal.

The statistics agency CBS recorded a sharp drop in supermarket sales in the first half of August as leading chains such as Albert Heijn withdrew large numbers of eggs from sale.

In the first week of the month sales fell by 36% on the previous year’s figure, but two weeks later turnover was 3% higher than a year ago, statistics showed.

However, the effect on export sales, which account for the majority of Dutch egg production, still has to be factored in. In Germany, which has a 80% share of the export market, major chains such as Aldi and Rewe stopped selling Dutch eggs when the fipronil scandal came to light.

Eggs were taken off the shelves as a precaution after it emerged that Dutch company ChickFriend had used the banned pesticide as a delicing agent while cleaning chicken sheds. Tests were carried out on eggs from 180 poultry farms and the deputy chairman of the food safety board NVWA advised consumers not to eat eggs until the results were known.

Parliament was recalled to debate the issue as it emerged that the NVWA had received a tip-off about ChickFriend using fipronil in November 2016, but did not take action until the Belgian authorities informed the Netherlands there was a problem in July.

The scandal is estimated to have cost farmers €33m, while the impact on the entire food chain is valued at around €150m. Some farmers have threatened to sue the NVWA after they were told they would have to pick up the bill for the damage themselves.