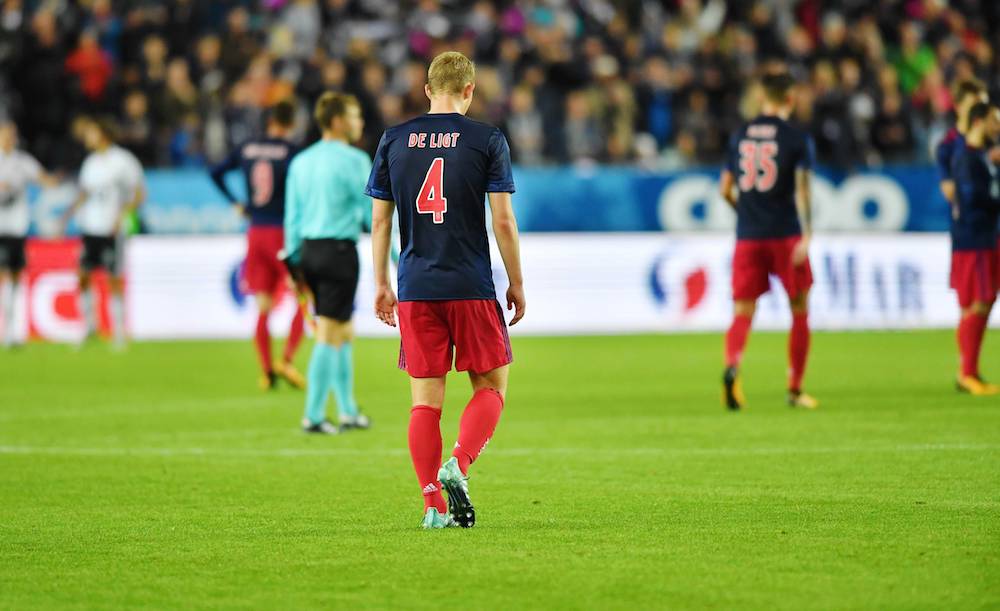 With heads bowed, Ajax know it is all over. Photo Arve Johnsen Digitalsport via HH

Amsterdam football club Ajax, runner up in last season’s Europa League, have failed to qualify for European competition at all this year.

A 3-2 win by Norwegian side Rosenborg put the Amsterdammers out of the competition, coming on top of a 1-0 home defeat in the first leg. FC Utrecht also failed to make the tournament, after losing 2-0 to Russian side Zenit.

Ajax have only missed European competition once since the 1966/67 season – in 1990/91 when they were suspended following an incident involving Austrian side Vienna.

The Dutch papers were quick to savage the performance of coach Marcel Keizer and warned that the result will also have an impact on the last week of the transfer season.

‘How is Marc Overmars going to tempt players to Ajax?,’ the Telegraaf said. ‘What does a player like Kasper Dolberg have to learn from the Eredivisie and the cup?’

The AD said: ‘Ajax without European football is an absolute low point in the recent history of the club. And that after a place in the final which was seen as a new start.’

Vitesse, as winner of last season’s KNVB Cup, are the only other Dutch team in Europe this year. They will find out their draw in the Europa League later on Friday.