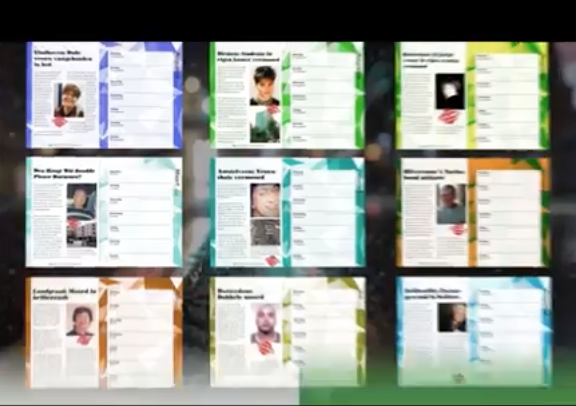 A still from the police video about the cold case campaign

All 30,000 people currently held in Dutch jails will soon have a new calendar to brighten up their cells – featuring 52 unsolved murders and disappearances.

The decision to hand out the calendars was taken after a trial in five jails in the north of the country, Dutch police confirmed on Tuesday

The calendar is part of a broader offensive to solve a number of cold cases, which are also being featured on the police website and highlighted in television crime shows, he said.

The trial in the first five months of the year resulted in 160 tips, the same number as are usually made in a full year, police say.

Almost half of them related to the 20-year-old murder of Nicky Verstappen which has received widespread police attention this year.

Nevertheless, two of the cases featured on the calendar have been re-opened following tip-offs, Hamer said, but declined to give further details.

The calendar, which has been printed in Dutch, Arabic, Spanish, Russian and English, also includes information about how to make a tip off. The accompanying video also states that €800,000 in reward money is available for the people giving successful hints.