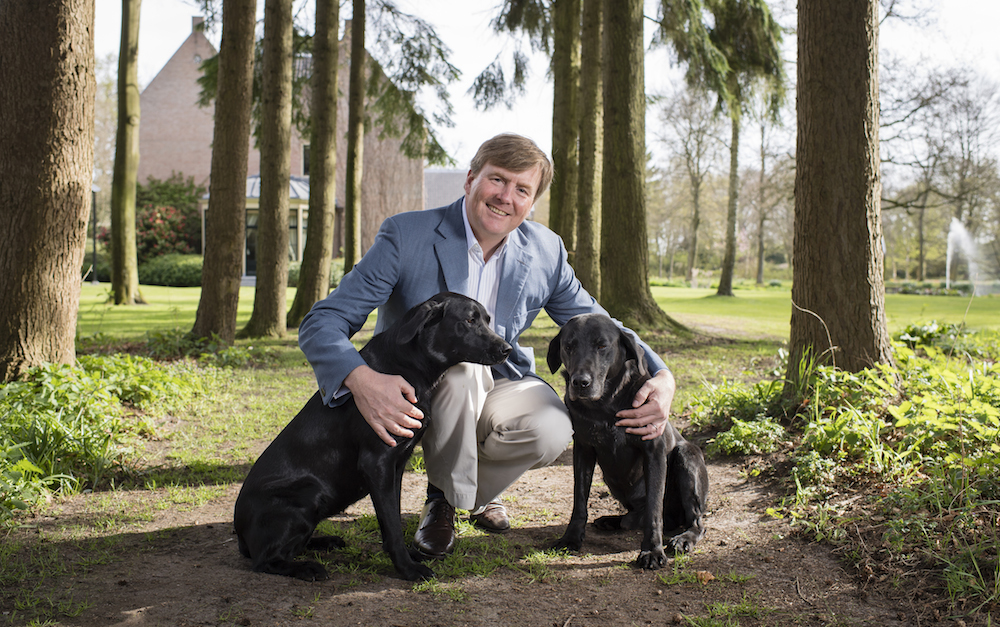 Some 4.3 million people watched Wednesday night’s televised interview with king Willem-Alexander in which he talked about his life, the death of his brother Friso and the MH17 disaster.

The interview, filmed at the king’s home in Wassenaar, was broadcast on both NPO1 and commercial channel RTL4.

The aim of the interview with presenter Wilfried de Jong was to show the king as a man not a head of state, broadcaster NOS said. The result was described by royalty watchers as ‘relaxed and open’.

In the interview, Willem-Alexander said as a teenager and student he had long had his doubts about the monarchy. ‘I had not accepted, internalised the fact that I would take over this job from my mother,’ he said. ‘I wanted to get to know myself better. You have to know yourself through and through. This is something I am continually impressing on [crown princess] Amalia.’

The king said he told his daughters to learn their boundaries. ‘Cross them, make mistakes – as much as possible out of the public eye. That’s what I did, a lot. Parties… all that and more… it is the right thing to do, as long as you don’t do it in the public domain.

The king said he had benefited from security officials who did not tell his parents what he was up to. He has made the same deal with his daughters’ security staff. ‘It is about the safety of my children, not whether or not we know what they are up to and if that is wrong or right,’ he said. ‘Otherwise you can never develop.’

During the interview, based around videos of the past, the king said he had rarely been allowed to watch television until he reached the age of 14. He also said that he had gone away to school in Wales in the 1980s to escape changes on the home front. His father prince Claus was suffering from depression and his mother had just taken over the throne. It was a difficult time to be a teenager, he said.

The king spoke about the death of his brother Friso in 2013 after a skiing accident. ‘You only realise what you have lost when it is no longer there,’ he said. ‘He lived in London with Mabel and the children but he was a person to have in the background… if you no longer have that, you miss it. You also sees what happens to a mother who loses a child. They lose part of themselves.’

The sorrow of losing Friso helped him understand the sorrow of the relatives of those killed in the MH17 disaster, he said. ‘Of course you understand it,’ the king said. ‘Your world collapses. And that happened to us as well.’

The interview skirted round the issue of politics but the king did say that he could understand the current debate on immigration. ‘We live in difficult times,’ he said. ‘We have all sorts of problems that could not be spoken about in the past. I understand that this makes people uneasy. The world has changed. Discussion is good. I understand the fear and anger, but it is a halfway house. It can never be the final destination.’

Queen Maxima, he said, is ‘my everything. My good fortune at home, my children, I owe everything to her. She is critical but very caring and forgiving if I am occasionally sulky.’

At the age of 50, the king said, he was happy in his skin. ‘You don’t need to feel sorry for me,’ he told De Jong. ‘I have a very interesting life. I’m happy with my role, I have more self confidence and that allows me to be myself.’