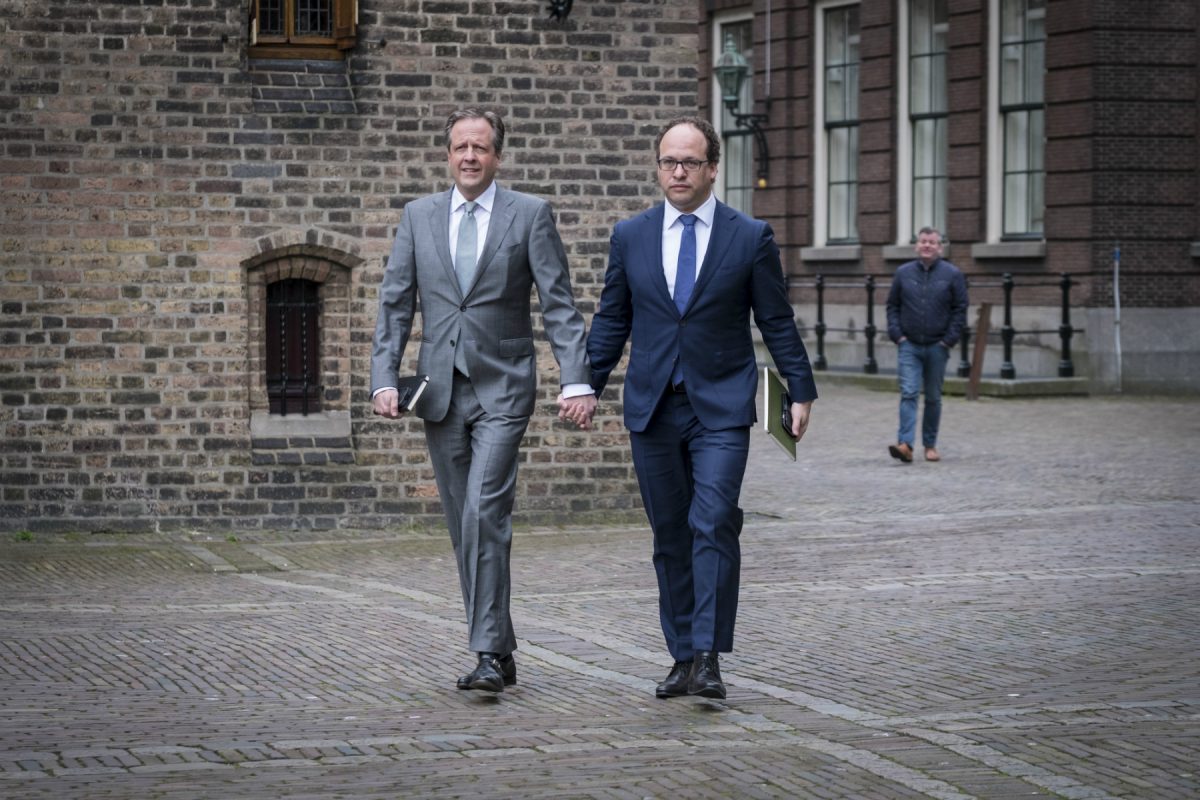 Politicians holding talks to form the next Dutch government have spoken out against homophobic violence in the wake of a brutal attack on two gay men in Arnhem.

Two men were set upon by a group of six to eight youths as they walked hand in hand through the streets of Arnhem in the early hours of Sunday. One of the victims lost four teeth and suffered a split lip when he was struck with a bolt cutter.

Four teenage boys, three aged 16 and a 14-year-old, handed themselves in to police on Monday morning. Another 14-year-old boy and a 20-year-old man had already been arrested.

One of the victims, Ronnie Sewratan-Vernes, 31, told NOS: ‘We don’t usually do that, holding hands in public, for the very reason that we don’t want to provoke people. But we’d had a nice evening, it was late and we thought we were alone.

‘And then suddenly there was a group of six to eight Moroccan youths. Before I knew it I was on the ground fighting with three men on top of me.’

The leading Dutch gay rights organisation, the COC, called for the new coalition to take measures, including tougher prison sentences, to tackle the rising frequency of homophobic attacks.

Alexander Pechtold, leader of the progressive-liberal D66 party, arrived at Monday morning’s coalition talks hand in hand with his party colleague Wouter Koolmees. ‘We think it is quite normal in the Netherlands to express who you are,’ said Pechtold.

Other politicians also took up sports journalist Barbara Berend’s suggestion for men to hold hands in public as a gesture of solidarity. Among them were Labour leader Lodewijk Asscher and caretaker finance minister Jeroen Dijsselbloem, who went for a walk together on Scheveningen beach.

In a letter to Edith Schippers, who is co-ordinating the negotiations, COC chairwoman Tanja Ineke said police and prosecution authorities should set targets for dealing with homophobic attacks.

She also called for higher maximum sentences and better information about homosexuality in schools. ‘If you talk about these things you can prevent a lot of unpleasantness,’ she said.

The COC said the number of recorded violent incidents against gays and lesbians had increased from 400 to 600 in the last six years, but only nine offenders were sentenced for the offence in 2015.

Caretaker prime minister Mark Rutte said: ‘We don’t need to wait for a new cabinet to tackle this, it should happen anyhow.’