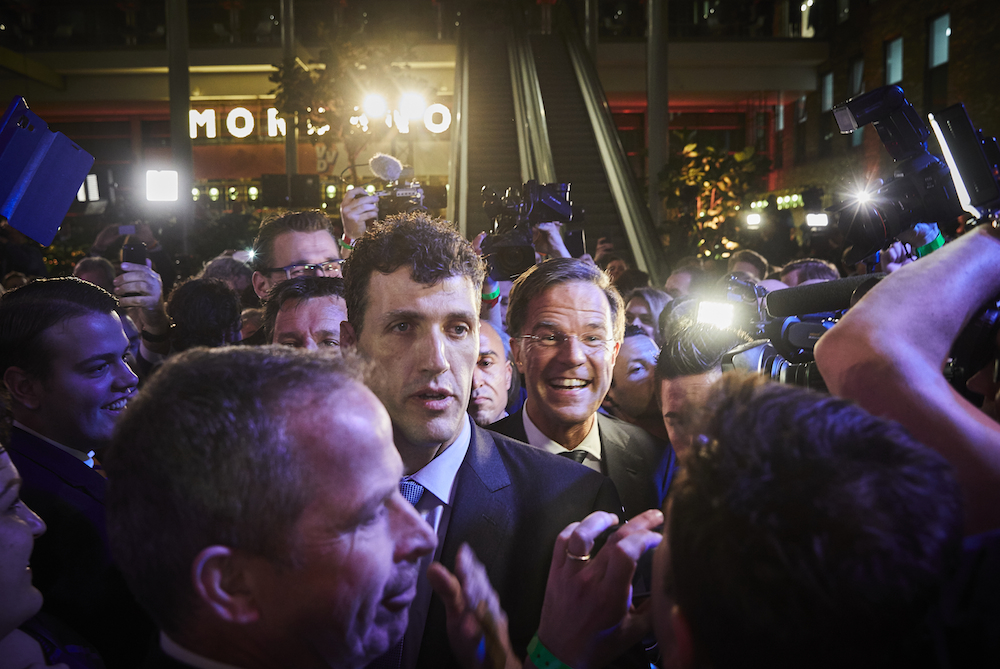 Prime minister Mark Rutte claimed victory in the Dutch general election on Wednesday night and with 93% of the votes counted, is set to win 33 seats in the 150 seat lower house of parliament.

His nearest rival, Geert Wilders and the PVV, polled 20 seats, or 13.3% of the vote, in what is being seen as a major blow to the rise of European populism. Nevertheless, this is an increase on his vote in 2012, when Wilders scored 15 seats.

The Christian Democrats and D66 are both polling 19 seats while the big winner of the night is GroenLinks, whose leader Jesse Klaver helped propel the party from four to 14 seats.

The VVD may remain the biggest party, but their support is down eight seats on 2012, reflecting some voter unhappiness at the performance of the current coalition. The big blow, however, was to coalition partner Labour (PvdA), which saw support plummet from 38 to just nine seats, or seventh place.

The results mean that four parties will be needed to form a new coalition government with majority support in parliament.

If the VVD presses ahead to try and form a government with the CDA and D66, ChristenUnie would a logical partner, commentators said on Thursday morning. However, the combination would only have a majority of one, and that would make the coalition vulnerable.

The results so far: