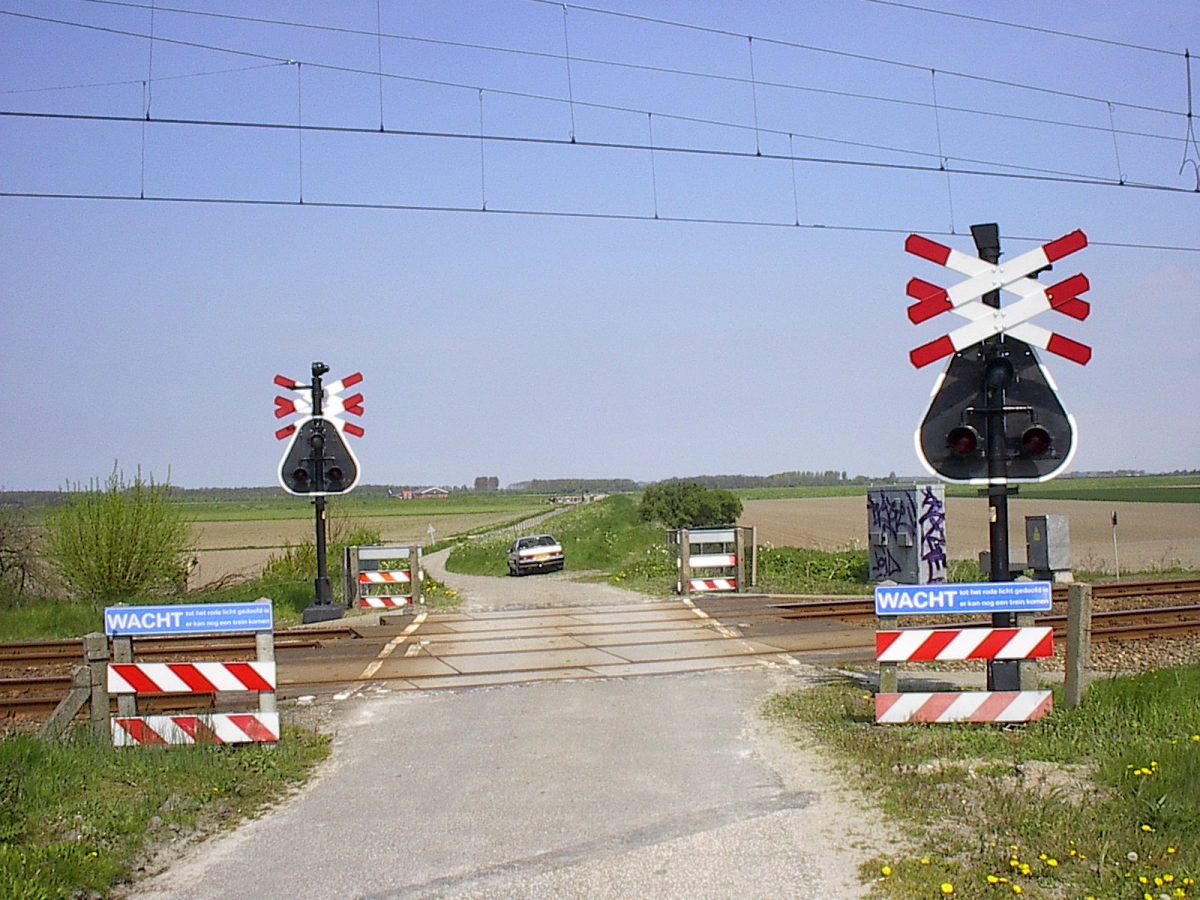 A level crossing similar to the one where the collision occurred.

Two people have died in a collision between a train and a car on a level crossing in Friesland.

The crash happened on a private road near Harlingen on Monday morning. The Leeuwarder Courant reported the car was in a convoy taking children from the Prins Johan Frisoschool to see newborn lambs on a local farm.

Witnesses said the vehicle was dragged 250 metres along the rail line before the train stopped.

It is the second accident in six weeks at the crossing, which has red lights and alarm bells to warn vehicles of oncoming trains but no barriers. In February a driver was taken to hospital with injuries after colliding with a train.

Police and ambulances were at the scene shortly afterwards and a helicopter was scrambled to take aerial pictures for the scene. The couple who run the farm were interviewed as witnesses.

Trains on the line between Harlingen Haven and Dronrijp have been suspended and replaced by a bus service.