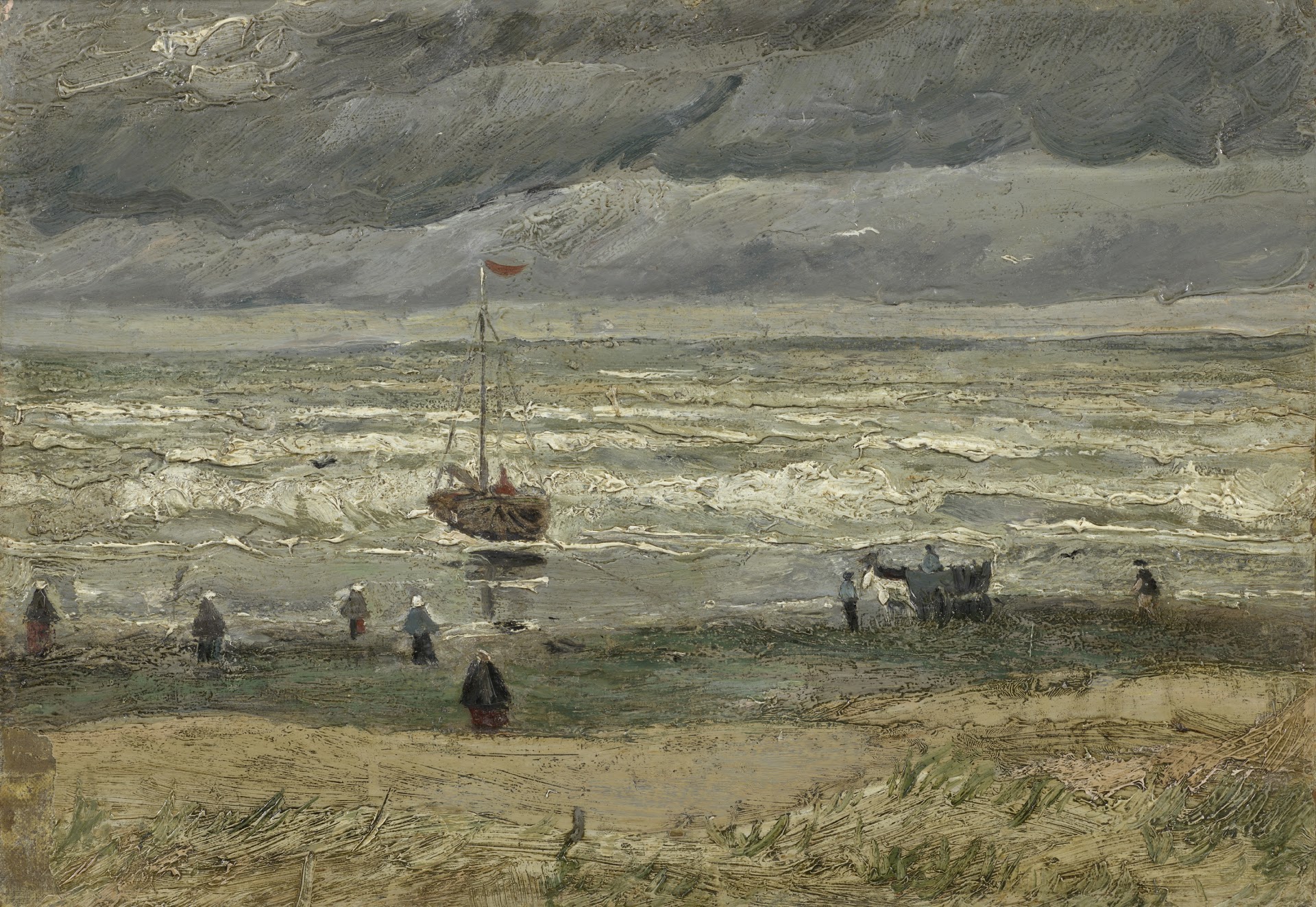 Some 14 years after they were stolen from the Van Gogh Museum in Amsterdam,  ‘View of the Sea at Scheveningen’ and ‘Congregation leaving the Reformed Church at Nuenen’ by Vincent van Gogh have finally come home.

Not coincidentally, the big reveal on Tuesday coincides with another big reveal: a documentary about how the paintings were stolen and what happened to them afterwards as told by Okkie Durham, professional burglar. The Dutch and international press were given a preview.

Durham decided to come clean to documentary maker Vincent Verweij after having denied for years he was responsible for the heist. In spite of his protestations of innocence Durham could be placed at the scene. He lost his cap – and dna – during a hurried descent by rope and police finally caught up with him in Marbella in 2003. He was released from jail in 2006.

The film debunks the myth that stolen art can’t be sold and that art thieves are stupid, the NRC writes. Not that Durham is particularly clever – he did after all leave his cap behind – the paper writes, but cleverness in this case was no requisite. A few underworld contacts sufficed. Heineken kidnapper Cor van Hout was interested but unfortunately for Durham, Van Hout was shot dead on the day of the handover.

Next up was Italian drugs baron and coffeeshop owner Raffaele Imperiale who bought the paintings for €350.000, an amount Durham doesn’t want to confirm.

‘The works are of inestimable value because they have never been to market: “View of the Sea at Scheveningen” (1882) is one of only two seascapes van Gogh painted during his years in the Netherlands, and “Congregation Leaving the Reformed Church in Nuenen” (1882-84), showing the church where the artist’s father was a pastor, was a gift to the artist’s mother,’ the NYT writes in its extensive review.

In September 2016 the Italian police discovered the paintings at the house of Imperiale’s mother, where they were found hidden behind a false wall.

Imperiale himself allegedly tipped off the police in order to reduce his sentence. It didn’t work: Imperiale was sentenced to 20 years in absentia and is languishing in Dubai. According to the NRC he might have been successful, as stolen art is often used as collateral for a bargain with police.

The police certainly didn’t get any help from Durham who approached the Van Gogh museum in 2013 with an offer to reveal the whereabouts of the paintings if the museum would agree to buy them back. He was sent away with a flea in his ear.

The Van Gogh museum is exhibiting the paintings as they were found. The seascape was damaged in one corner – Durham flushed the chips down the toilet – but the paintings survived their long stay abroad relatively unscathed.

An ecstatic Alex Rüger, director of the Van Gogh Museum,  called the discovery of the paintings ‘a miracle’ at the time. ‘Now we want to share our happiness with all Van Gogh fans. We invite culture lovers from all over the world to welcome back our lost Van Goghs!’, Rüger said.