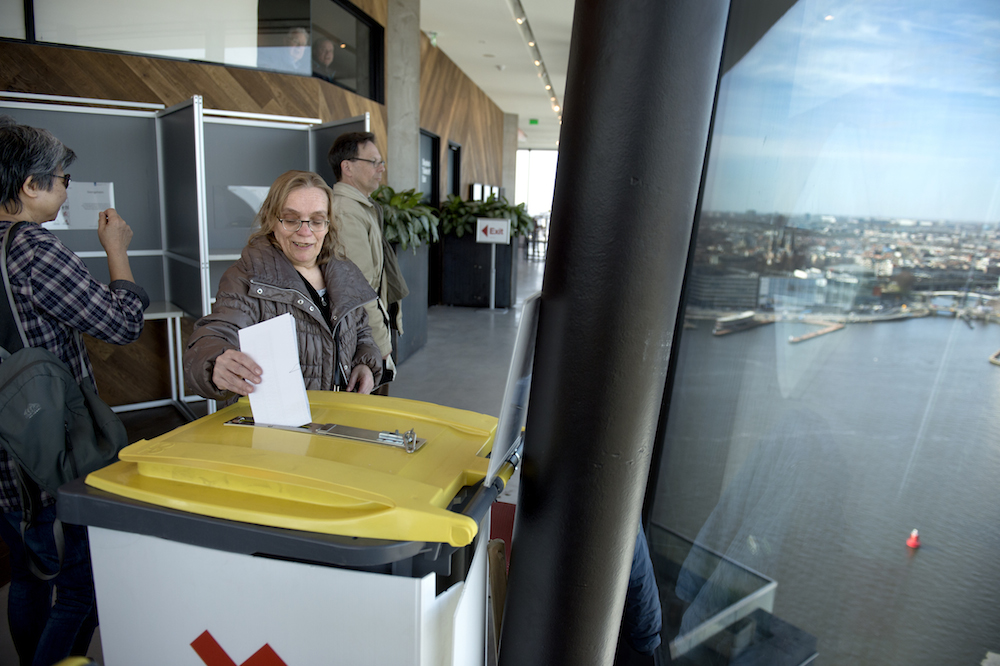 Voting at the top of the Adam tower in Amsterdam. Photo: Kick Smeets / HH

With two hours before the polling stations close, experts said turnout in the Dutch general election could top 80%.

Some 55% of the 13 million people eligible to vote had cast their ballot by 5.45pm, compared with 48% at the previous election in 2012. The number of voters is so high that extra ballot papers are being printed for polling stations in Amsterdam, The Hague and Tilburg.

Utrecht city council said on Twitter that turnout in Utrecht had hit 71% by 7pm, with two hours to go before the polls close. On the Wadden Sea island of Schiermonnikoog turnout topped 105% in the early evening. The island is a popular holiday destination and dozens of tourists are voting during their vacation.

There have been long queues to vote all over the country, but particularly at some of the more unusual polling stations, including the top of the Adam tower on the IJ waterway and on an uninhabited island on the Markermeer lake, which included a 3.5 hour boat trip.

People wishing to vote in the parliamentary complex in The Hague had to queue up in front of a long line of foreign journalists who are in town to cover the results. 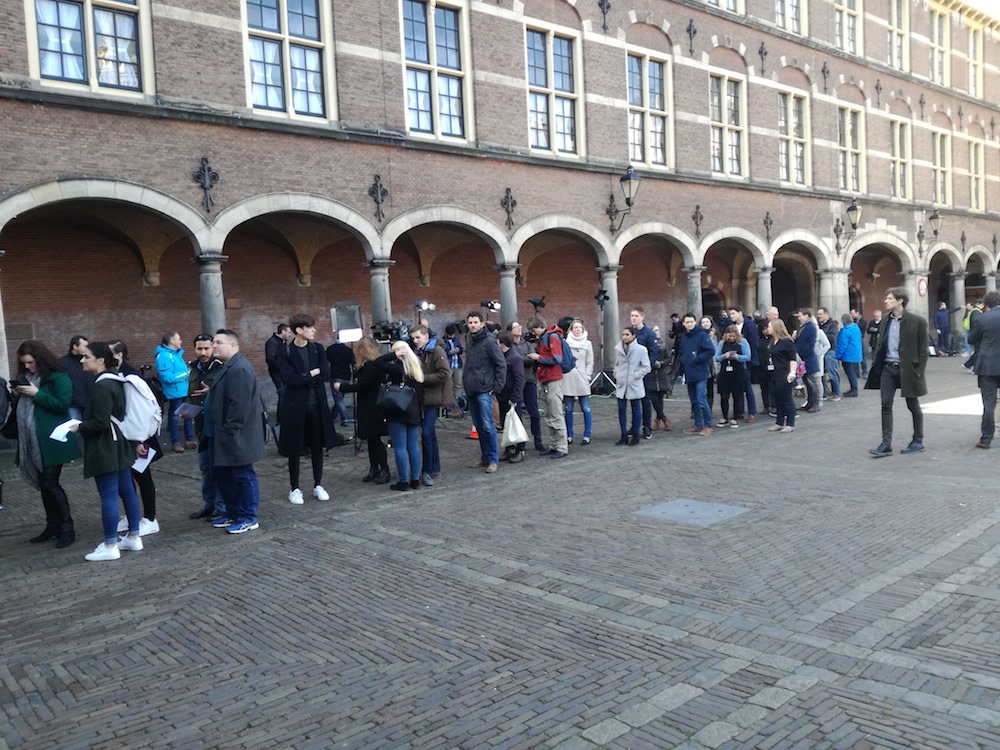 Queuing up to vote in the Binnenhof. Photo: Gordon Darroch

In Amsterdam, city officials have intervened at a mosque in the east of the city where Turkish flags and nationalist posters were on the walls even though it is being used as a polling station, the Telegraaf said. Political statements are not allowed in polling stations.

The Netherlands is electing 150 members for the lower house of parliament and a new government. The polling stations close at 9pm and an early exit poll will be published shortly afterwards but it will not be until around 11pm that a clear idea about the result is likely.

DutchNews.nl will start a live blog at 8pm, bringing the results as they come in.

The vote is being seen as a test of whether Europe really will swing to the right, in the wake of the Brexit vote and Donald Trump’s election as US president and ahead of key elections in Germany and France.