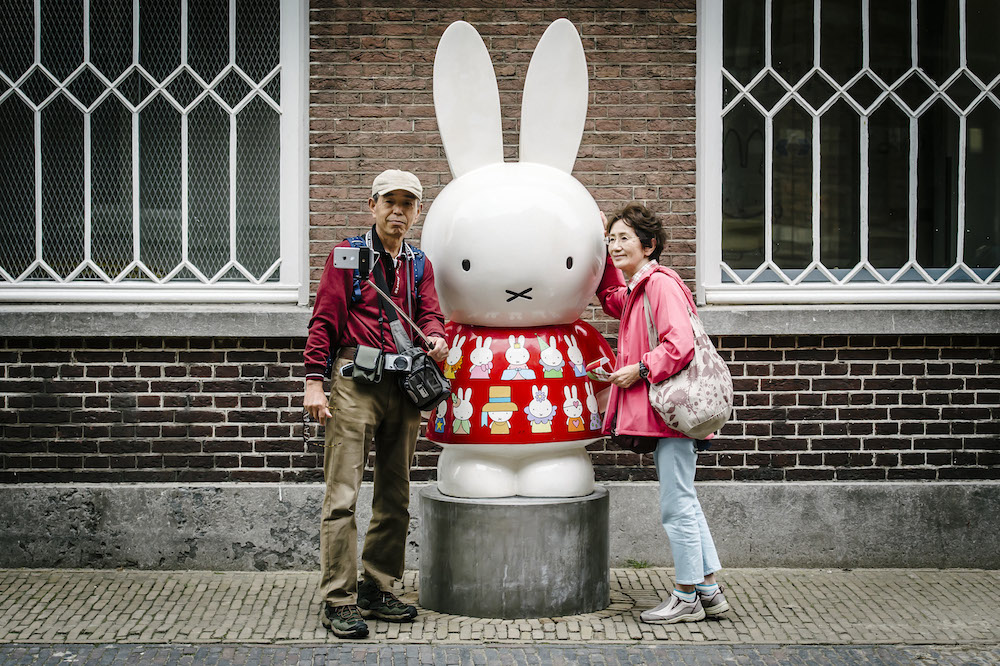 Dick Bruna, the Utrecht artist behind the globally successful Miffy the rabbit children’s books, has died at the age of 89.

Bruna died peacefully in his sleep, his publisher said on Friday. He had not been seen in public for several years and brought out the last book about Miffy in 2011.

Bruna wrote and illustrated 124 books as well as designing posters and other book covers plus work for charities as diverse as Unicef and World Aids Day.

Books about Miffy, known as Nijntje in Dutch, were translated into over 50 languages and Bruna sold some 85 million books during his life, news agency ANP said. The first was published in 1955.

The artist also had his own museum, the Dick Bruna Huis, in Utrecht.

Marja Kerkhof, director of Bruna’s publisher Mercis, told broadcaster NOS: ‘I had such an enormous admiration for his work that representing his business interests was easy. It is an honour to introduce his work to adults and children all over the world.’