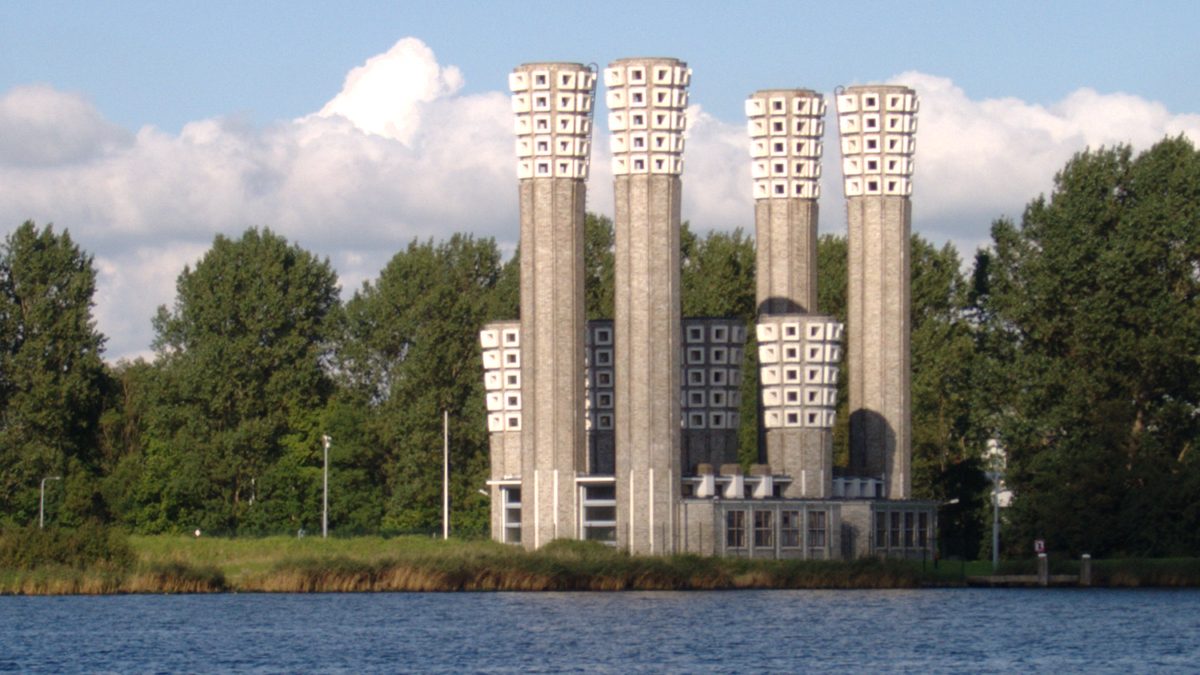 The ventilation towers on the north bank of the IJ. (Photo: Wikipedia)

The Netherlands’ oldest motorway tunnel reopened on Monday morning after a nine-month renovation – and immediately triggered traffic jams on its first day.

The Velsertunnel, which takes the A22 beneath the river IJ between IJmuiden and Beverwijk in Noord-Holland province, has been upgraded with new emergency sliproads, a digital management system and better ventilation.

The height of the tunnel has also been increased by 12 centimetres, but despite this one lorry driver brought traffic to a standstill by trying to go through with an oversized trailer. Queues built up when the traffic lights became stuck on red after the offending lorry was detected.

Around 65,000 drivers a year go through the tunnel, which was built in 1957. An open day last week when people could inspect the completed renovation work on foot attracted 10,000 visitors.