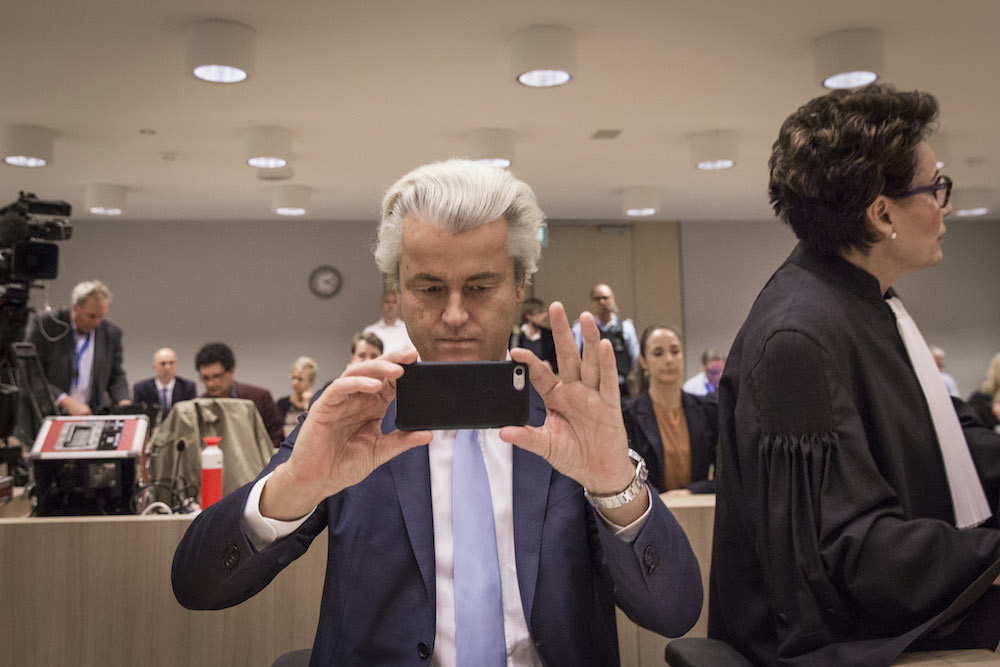 Freedom Party leader (PVV) Geert Wilders has been found guilty of inciting discrimination against Dutch Moroccans in an election speech.

A panel of three judges said Wilders’s comments in March 2014 were ‘demeaning and insulting to the Moroccan population’. The court decided not to fine or sentence Wilders on the basis that a criminal conviction was sufficient punishment in itself.

Wilders was also found guilty of insulting Dutch people of Moroccan origin as a group, but cleared of inciting hatred against them. He was given 14 days to lodge an appeal.

Following the local elections in The Hague Wilders asked a roomful of supporters if they wanted to have ‘more or fewer’ Moroccans in the country. When the crowd shouted back: ‘Fewer, fewer,’ Wilders responded: ‘We’ll take care of that.’

The public prosecution service had asked the court to impose an unconditional €5,000 fine for ‘deliberately singling out people on the basis of their origin and inciting discrimination against them as a group.’

Wilders, who was not in court to hear the verdict, had denounced the trial as an attack on freedom of expression and said he would not be silenced on the ‘huge problem with Moroccans’ in the Netherlands.

With three months to go until the general election, all opinion polls put the PVV in front with around 20% of the vote. Two recent polls predict Wilders would win 10 seats more than his nearest rival, the VVD, if elections were held today.