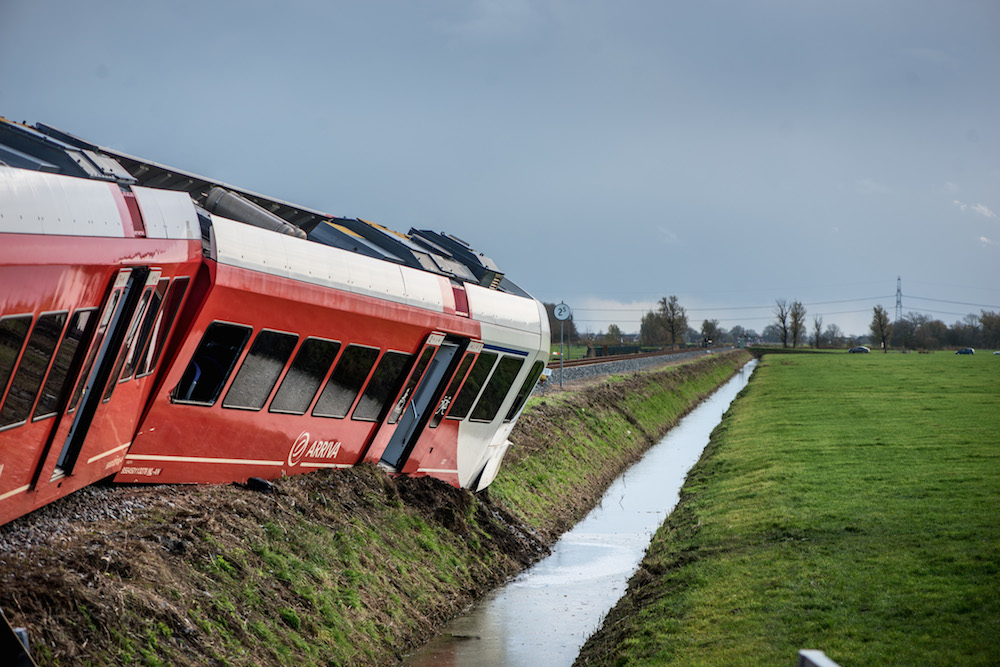 The rail line between Groningen and Roodeschool has reopened after being shut by a collision between a train and a milk tanker on Friday afternoon.

The Arriva train was derailed in the collision just outside the village of Winsum. Eighteen people were hurt, including the driver of the lorry. Eleven of the victims were taken to hospital but none suffered serious injuries.

Recovery workers spent the weekend removing the train from the scene using a crane. The carriages needed to be carefully lifted to avoid further damage which could compromise an investigation.

The drivers of the train and the tanker in were both questioned by police after the incident before being released.

The Voslaan crossing was the scene of two fatal collisions two years ago. A 24-year-old man and a 65-year-old man both died at the wheel of their cars after being struck by trains.

Rail network operator ProRail has promised to close the unmanned crossing within a year. A total of €6.5m has been allocated to upgrade ten crossings on the line, but ProRail says the process has been held up because they have been unable to agree terms with local landowners. The company and the municipality have both said they are considering the option of an enforced sale.