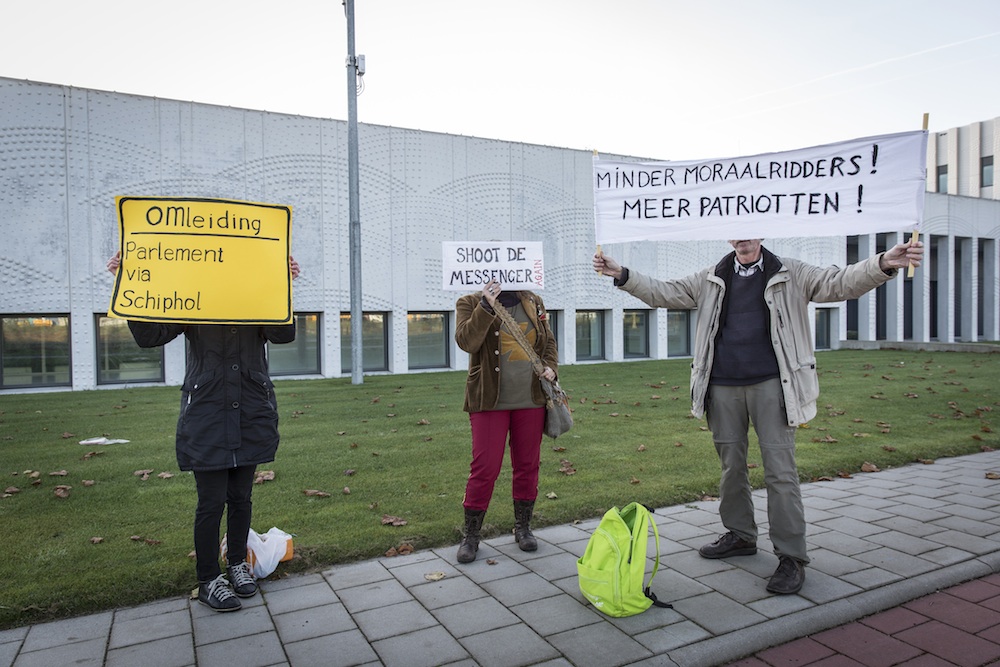 The racial hatred case against far-right politician Geert Wilders has stalled as his lawyer demands one of the judges is replaced for ‘a degree of bias’ in court.

Wilders is charged with discrimination and inciting racial hatred during local election events in 2014. The case has stopped and a separate panel is dealing with his lawyer’s complaints against Elianne van Rens, one of the three judges, on Friday, reports NOS.

Wilders, who is exercising his right not to be present at his own trial, tweeted yesterday: ‘What terrible bias from this judge who can barely disguise her hatred of the PVV.’

His lawyer Geert-Jan Knoops announced: “I have spoken with Wilders, who is following the process…We have concluded that the most senior judge has shown a degree of bias in the questions she put to expert witness Paul Cliteur [on Thursday].”

In March this year, Wilders and his lawyer also asked Van Rens to recuse herself from the case, according to NOS.

The trial revolves around two incidents during a local election in The Hague in March 2014, including a meeting of PVV supporters where Wilders led a crowd of supporters chanting for ‘fewer, fewer, fewer’ Moroccans in the Netherlands. Wilders replied: ‘Then we’ll arrange that.’

His anti-immigration party, which wants a ban on the Koran, mosques and closure of asylum centres, currently rivals Mark Rutte’s liberal VVD at the top of the polls. It hit its highest ever popularity mark earlier this year.

Wilders’ trial began on Monday and was expected to last three weeks, although it could now be delayed. The head of the PVV was tried and acquitted for hate speech against Islam in 2011, having made two requests for judge replacement ending in a change of all three judges and many delays.