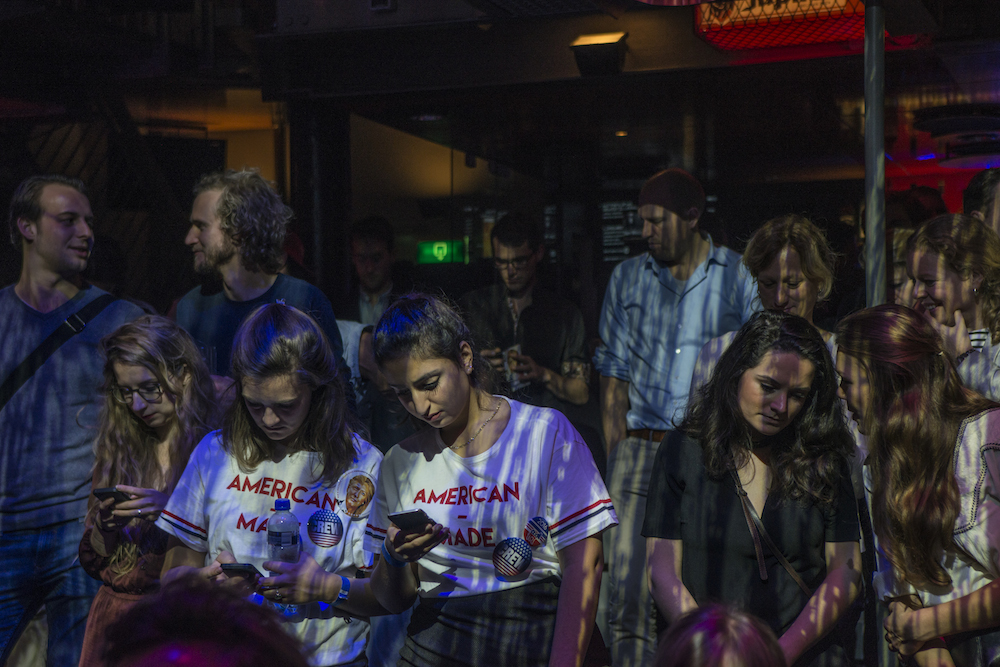 Following the results at the Melkweg in Amsterdam. Photo: Ingrid de Groot / HH

Americans living in the Netherlands have been shocked and surprised at Donald Trump’s victory in the US presidential elections.

‘I would have thought people would be sensible,’ one woman told Amsterdam broadcaster At5 at the Democrats Abroad election event. ‘Perhaps I have become too European.’

‘I am extremely emotional,’ another said. ‘Americans have voted against their own interests. A lot of people will get left behind.’

Tracy Metz, director of the John Adams Institute said on Twitter: ‘The US is a dark place this morning’.

It’s unclear what impact the outcome of the election will have on American citizens living in the Netherlands. ‘I don’t expect much to change, most laws that impact immigration and taxation come from Congress,’ said Sherry Keneson-Hall, counselor for public affairs at the US embassy and consulate.

Some business groups were more negative. ‘The immediate effects of a dollar devaluation, market losses and the tarnishing of the worldwide image of Americans and American companies will create higher hurdles for businesses,’ said Dennis Cowles, chairman of the Amsterdam-American Business Club.

Commuters in Amsterdam told the Telegraaf Trump’s victory is ‘bizarre’. ‘I really did not expect him to win… this does not make me happy,’ Mildi Rouw told the paper. ‘It is really depressing that so many people support him.’

‘It is like Brexit but much worse,’ said Willemien Vissers. ‘If he continues to act like the loose cannon of the past few months, nothing good will come of it.’