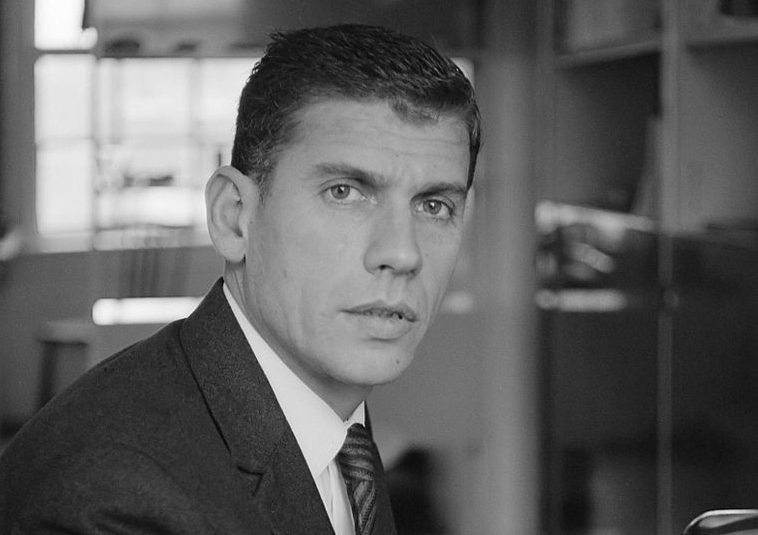 The Evenings, staple of every Dutch school syllabus and undisputed classic of Dutch literature, has finally made it into English, almost 70 years after it caused quite a tremor in the sleepy post-war literary world of the Netherlands.

Dutch publishers De Bezige Bij tried for years to obtain the rights to translate the novel into English but Reve, who spent five years in England during the 1950s and briefly tried his hand at writing in English, was by all accounts highly critical of translators.

Now the honours to publish what the Guardian describes as a ‘dark masterpiece’ have gone to Pushkin Press which earlier published Dutch children’s classic A Letter for the King by Tonke Dragt. The translation is by Sam Garrett, who previously translated Herman Koch’s best seller The Dinner.

The book describes ten days in the life of 23 year-old Frits Egters, school drop-out turned clerk, whose days are filled with the meaningless grind of office work and whose nights are haunted by strange, unexplained dreams.

Frits who lives with his parents, describes those around him with unrelenting precision, obsessively zooming in on physical defects and signs of illness and deterioration. His parents bear the brunt of this as Frits filets his father’s unappealing eating habits and his mother’s attempts at gentility. The Evenings may be dark but it is very funny at the same time.

According to Koch, whose work is also published by Pushkin Press, the book has parallels with The Catcher in the Rye and On the Road and could have become as big a classic had it been published in English in the fifties.

But the crushing boredom described in the book is also reminiscent of Billy Liar, whose protagonist escapes into Walter Mitty-like fantasies. Neither book ends in ‘liberation’ for the protagonist: Billy shies away from a more exciting life in the end, and Frits, ultimately understanding, asks God to have mercy on his parents.

In 1947, when The Evenings was first published, opinion was divided. Some critics were shocked by what they saw as a book that was ‘depressing’ and ‘devoid of any positive feeling’.

Others picked up on the ‘disillusionment’ of a generation come of age during the war. The book was awarded a major literary prize shortly after and has never been out of print since it was published.