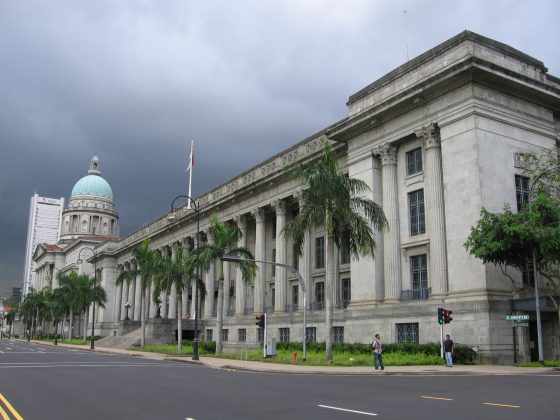 The National Gallery of Singapore (pic via Wikipedia).

The Dutch royal family has earned millions from the sale of two works from its art collection, it has emerged.

A large and recently discovered painting by the Indonesian artist Raden Saleh was sold two years ago to the National Gallery of Singapore by 14 grandchildren of former queen Juliana, while in 2012 an unidentified member of the royal family sold a portfolio of 1,200 17th and 18th-century drawings and sketches to the businessman John Fentener van Vlissingen.

The sales only came to light last week because the buyers were required to keep the transactions confidential, NRC Handelsblad reported. In contrast to previous private sales in 2011, the proceeds were not donated to charity.

The Dutch government said the works were classed as private property, but art experts said their loss diminished the nation’s heritage.

Boschbrand (Forest Fire), painted by Raden Saleh in 1849, was discovered in a depot in Rijkswijk in 2006 in a ‘deplorable’ condition. The store belonged to Instituut Collectie Nederland, which manages the Dutch state art collection, raising questions about its ownership. The government insists private works belonging to the royal family are often stored there.

Marie-Odette Scalliet, a French art historian who tracked down the work, said she was ‘very disappointed’ by the news. She said the royal family had ignored her advice to sell or donate it to a Dutch museum.

German art historian Werner Kraus, who wrote a biography of Saleh, was more scathing. ‘One of the richest families in Europe neglected this canvas to the point where it was almost destroyed, then did their utmost to cover up this disaster and tried to reclaim millions from it,’ he told NRC.