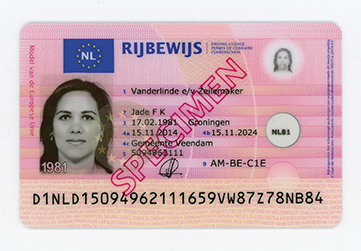 Driving licences could be available as a phone app in the next few years under plans proposed by the vehicle licensing service.

Bas van den Berg, head of the driving licences unit at the RVW agency, said the technology for mobile licences was in development. ‘You’ll download an app from the store and the details of your driving licence will be stored in a secure manner,’ he said.

The proposal came on the day when paper driving licences officially expired. The Telegraaf reported that around 300,000 old-style licenses had not been handed in, even though drivers risk a €90 fine if they rely on an invalid document.

Van den Berg explained that the app would exist in two forms: one for the licence holder and one to allow the police to read the details securely.

He added that security was a paramount issue: ‘There are no 100 per cent guarantees against hacking, but the technology has evolved to the point where people’s details can be stored securely.’