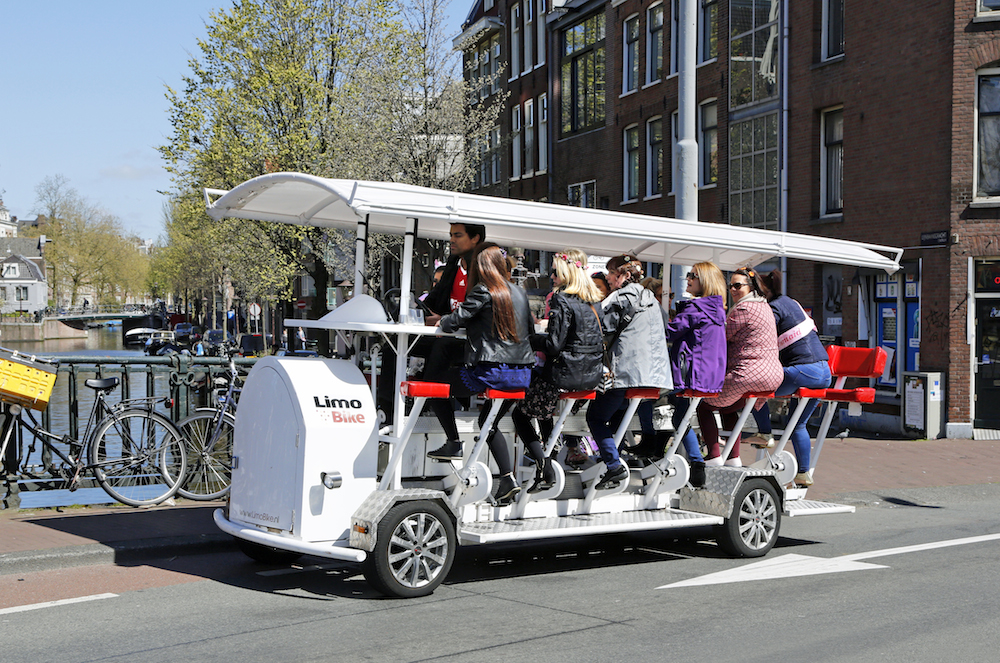 They inch slowly around corners and up bridges, sip by sip, as their riders intersperse pedalling with drinking. But now the controversial ‘beer bikes’ will be banned from most of central Amsterdam, reports the Parool.

Eberhard van der Laan, mayor of Amsterdam, announced the ban in a letter to councillors on Monday.

It said, reports the paper: ‘The ban includes parts of the city where there are most complaints of nuisance (the Haarlemmerbuurt and canal rink) and areas where it is very likely to be affected by traffic disruption and problems (the station area, Jordaan, 1012 postcode area, entertainment squares and the east of the old town).’

He ruled out a ban in the south and west of the city – including the Vondelpark and parts of De Pijp – because he said there is currently no nuisance or traffic from the beer bikes.

Last year, 6,000 people signed a petition to the city council calling for bottoms up to the vehicles, and the city introduced new routes, limited the stock of beer to 20 litres and banned music.