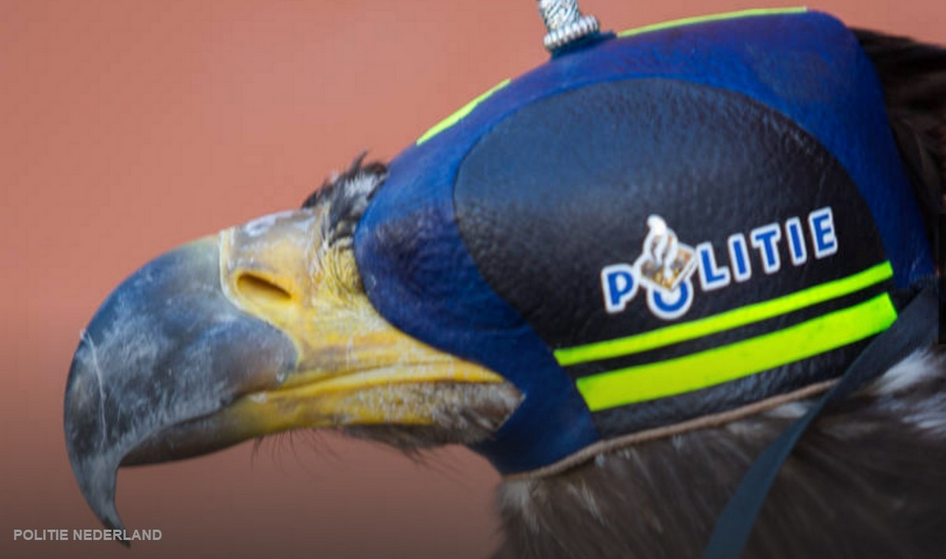 The Netherlands has become the first country to recruit police eagles to take out drones in mid-flight following a successful trial.

Police began training the birds of prey in January, despite concerns from some animal welfare experts that the exercise could damage their claws. A spokesman told NRC there had been no injuries so far but protective gear could be introduced.

‘A common or garden drone has no impact on the claws of a bird of prey, but very large drones with powerful motors could cause lacerations,’ he said. ‘We are currently looking at protective measures such as a sort of clawed shoe for the birds’ feet.’

‘A lot of drones have perished [during the exercise],’ he added.

The move is in response to concerns about the growing risk of drones being flown in unauthorised airspace, such as close to an airport, or interfering with other aircraft such as rescue helicopters.

The birds which were trained in the trial are owned by a private company, but police will now recruit their own flying squad for active service.

‘Police have purchased four month-old American sea eagle chicks. From next summer they will go out hunting drones,’ the spokesman said.