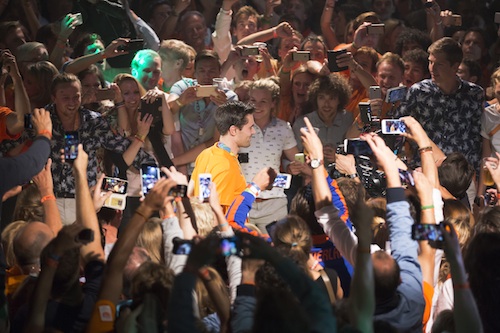 Dumoulin finished the 54.k race ahead of Tour de France winner Chris Froome but had to concede victory to Swiss rider Fabian Cancellara who finished in 1:12:15.42

Dumoulin, who had a wrist fracture to contend with, said it was just a question of ‘strenuous pedalling’.

In other events, Ranomi Kromowidjojo qualified for the 100m freestyle final in what was a difficult race.

The women’s hockey team also continued to make progress, beating China 1-0 in the dying minutes of their group match.