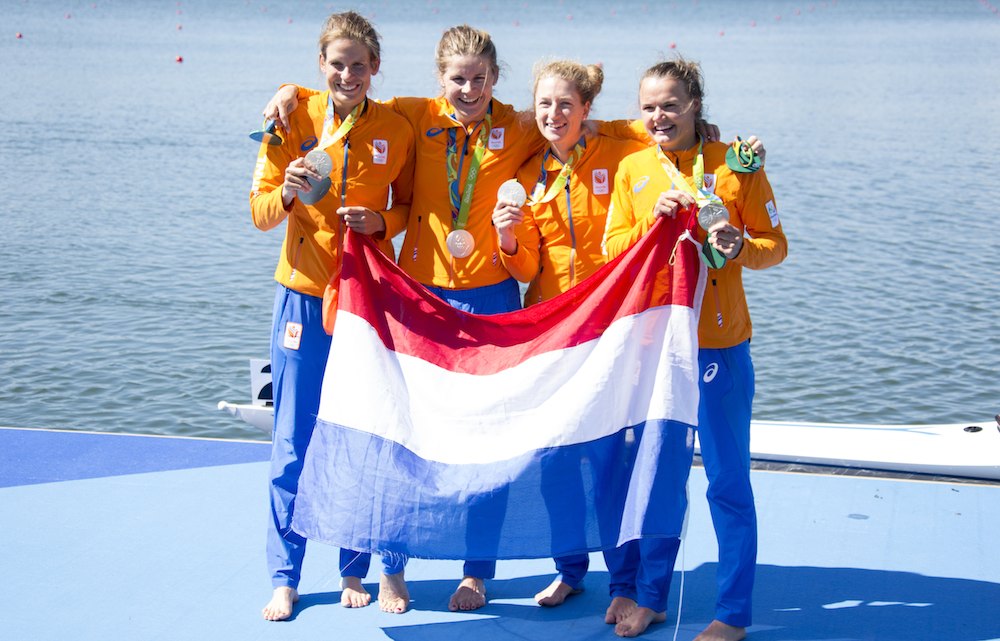 Germany’s women’s quadruple sculls pipped the Netherlands to the post leaving the Dutch team with a silver medal on Thursday. Lying in third position for most of the race the team managed to overtake Poland which ended up with the bronze medal.

Also in the water, defending 100m freestyle champion Ranomi Kromowidjojo was unable to achieve her hopes of a double and came in fifth. The race was won by Simone Manuel en Penny Oleksiak, who both completed the distance in 62.70.

The Netherlands is currently ranked 18th in the medals table, with 5 medals.