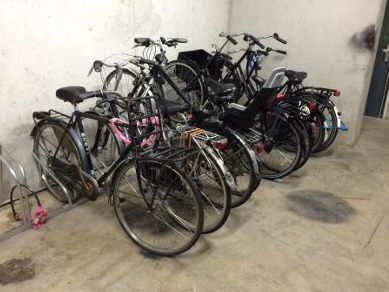 Douwe Boeijenga, ENRA director, told the paper that organised bike thieves are choosing from a land of plenty in the Netherlands, particularly with its growing number of electric bikes.

‘A thief scarcely needs to lift a finger to find loot he likes,’ he said. ‘Many stolen bicycles probably cross the border. Recently, a stolen decoy bike appeared a day later in Poland. Demand is high….

‘Unfortunately, the Netherlands is a leader in electric bicycles. That isn’t the case in Belgium and Germany. It is why we are so attractive to foreign gangs. The chance that an e-bike is stolen within a year has risen by 2.5 times in a few years.’

About 1m of the Netherlands’ 18m bicycles are electric and the Dutch Association of Insurers told AD that ever more e-bikes are stolen, while bikes in general are becoming more expensive.