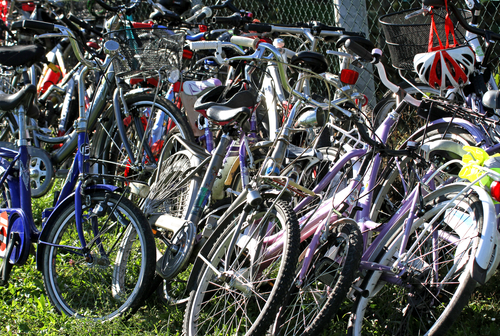 Decoy bicycles led to the arrest of almost twice as many bike thieves last year compared with 2014, Dutch police told the AD newspaper.

Although these numbers may seem a ‘drop in the ocean’ compared with the estimated 300,000 bikes stolen in the Netherlands each year, most thieves are multiple collectors. Titus Visser, of the Dutch AVc foundation for tackling vehicle crime, which is creating more decoy bikes to meet demand, told the paper: ‘These are repeat offenders.’

In an interview with NU.nl, he added that the campaign was ‘certainly a success’ and also had a preventative function.

Dutch police park their 300 decoy bikes in busy locations and their GPS is triggered if they are moved, alerting them to pick up the new ‘owner’. They set the trap 1,470 times last year.

Electric bikes are also popular with thieves, and the police will be using decoy electric models from later this year.

Tracing systems are also available in consumer bikes, but insurance company ENRA’s director Douwe Boeijenga told AD: ‘These can be hacked. The best form of prevention is a second lock, and securing your bike with a chain.’