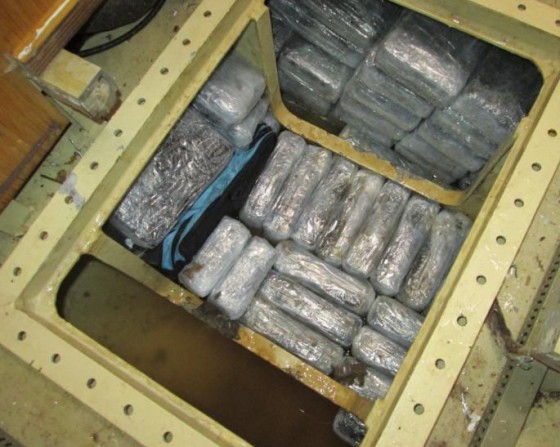 Two Dutchmen who sailed a yacht containing almost a tonne of cocaine across the Atlantic have been jailed for 20 years, nine months and 14 years respectively.

Hendrik Brugmans, 69, and Raymond Aalders, 47, were arrested after border police intercepted the boat off the coast of England last August. The boat’s navigation beacon had been switched off and it was listing heavily.

The yacht Golem was taken to Dover where hundreds of packages of the drug were found hidden in a workshop, under benches and in a water tank.

The men admitted sailing the vessel from Curaçao in the Caribbean. According to British investigators, the boat’s final destination was said to be the Netherlands.

‘These two men were involved in an audacious plot to smuggle millions of pounds worth of high purity class A drugs into Europe,’ Matt Rivers from Britain’s National Crime Agency said in a statement. ‘Their reckless attempts to avoid detection by breaching sailing regulations could have had extremely dangerous consequences.’