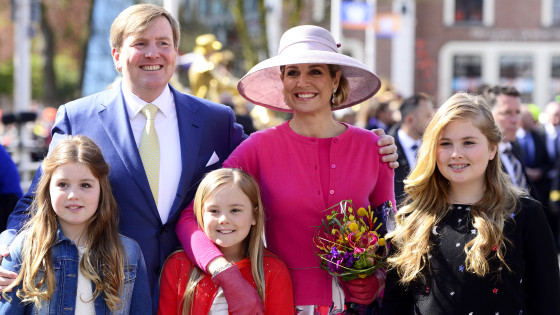 Hundreds of thousands of people in the Netherlands are celebrating King’s Day on Wednesday, when many cities turn into giant flea markets with an orange hued party on every corner.

King Willem-Alexander and his family are in Zwolle for the festivities.

The weather forecast is for wintry showers and temperatures no higher than 8 degrees, so revelers are being urged to wrap up warm. Dozens of small events have been cancelled because of the predicted showers.

In Amsterdam it is expected to be particularly busy, with some 200,000 people arriving from out of town for the street market and festivals. The biggest, Kingsland at Amsterdam’s Rai exhibition centre, expects to welcome 35,000 guests.  Elsewhere, radio station 538 has sold 40,000 tickets for its festival in Breda.

The King’s Night festivities passed off relatively quietly despite the bad weather warnings and visitor numbers at big events were down on previous years. In Nijmegen, four people were injured in a stabbing incident at a café.

Despite the orange mania on King’s Day, a new survey for broadcaster Nos shows that support for the monarchy has now gone down to 65%, it’s lowest level since 2008.

When Willem-Alexander took over the throne in 2013, some 78% of the population said they back the monarchy. Just 16% support the idea of a republic.