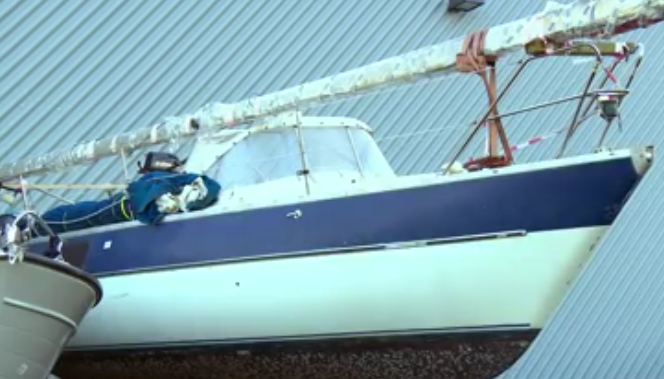 Two men from Noord-Holland have appeared in court in Amsterdam charged with attempting to smuggle 24 people to England in a small yacht.

Djarno P (25) and Sebastian van B (24) are accused of trying to take 13 Vietnamese and 11 Albanian nationals to England in the boat last August. They were caught in the port of IJmuiden after a spot check by military police.

According to the police, the boat was only suitable for a maximum of eight people, the two Dutchmen could barely sail and the boat itself was in poor condition.

‘If you combine that with crossing the North Sea, one of the busiest sea lanes in the world, then we sincerely doubt the boat would have made it,’ military police spokesman Herald Meijer is quoted as saying by broadcaster Nos.

The 24 migrants paid between $500 and $3,000 for the crossing, Nos says. The group stayed for a few days in a ‘safe house’ in Huizen and was then taken to IJmuiden in minibuses.

Monday’s court appearance was a pro-forma hearing and the main trial will start later this year.

Five other people were arrested in connection with the incident in January. The investigation into their role is not yet complete, the military police said.