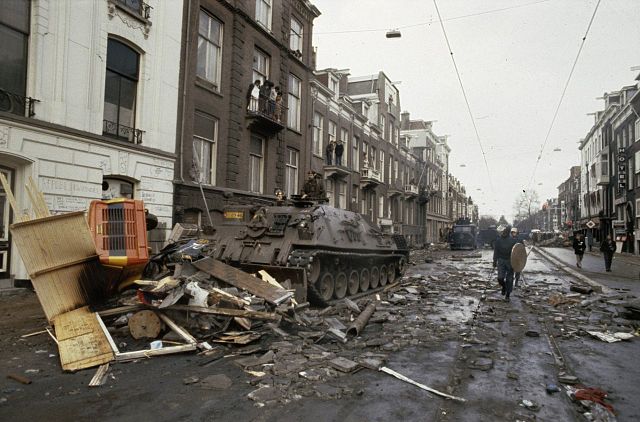 Just eight people were found guilty of squatting in Amsterdam between 2010 and 2014 even though police were involved in 631 evictions, according to an analysis of justice ministry figures by the NRC.

In Rotterdam, 11 squatters were found guilty in court, in The Hague 20 and in Utrecht 54. In just one case, was a squatter given a short jail term, the NRC says.

All forms of squatting were banned in the Netherlands in 2010 and squatters face a maximum of up to one year or more if violence is involved.

In addition, the amount of non-residential property left empty has been steadily increasing.

A spokesman for the justice ministry said the priority is to ensure squatted buildings are emptied and returned to their rightful owners. The legislation has had the correct impact and does not need tightening up, the spokesman said.

Squatting has long been a part of the Dutch political scene and its idealistic roots lie in combatting property speculation and homelessness.

Research by the VU University into the Amsterdam squatters movement in 2009 showed the city has between 200 and 300 squats and no more than 1,500 squatters. In the movement’s heyday in the 1980s, there were some 20,000 squatters in the capital.