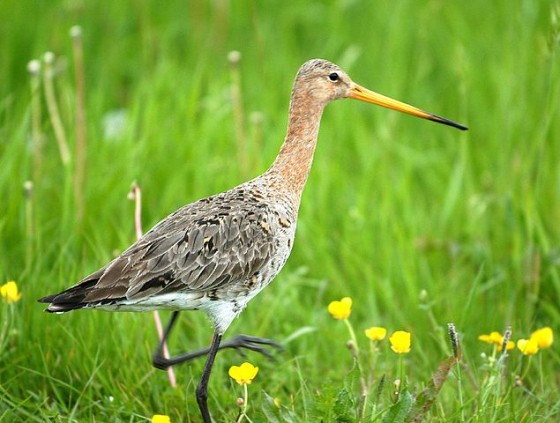 The blackbird took second place in the online poll and the common sparrow was third. In total, 41,699 people took part in the vote, with the godwit, a migratory wader, taking 25% of the vote.

Some 85% of the godwit population breed in the Netherlands, making it rightly the country’s national bird, Vogelbescherming spokesman Kees de Pater told the Telegraaf. ‘Within Amsterdam’s boundaries, more godwits breed than in Britain and France together.’

In October, however, the bird group said this year’s breeding season was a disaster, producing just 4,600 young. At least 10,000 eggs need to hatch to preserve the population numbers.

The godwit also took 52% of the vote in a June poll in Trouw to determine which bird should become a national symbol. The godwit has featured in work by Vermeer and Rembrandt and as is ‘Dutch as they come’, the paper said