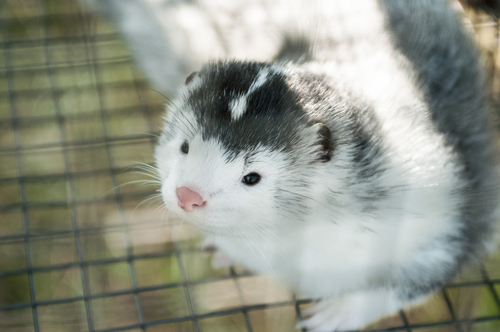 The ban on fur farming introduced in the Netherlands in 2013 has been upheld by the appeal court in The Hague.

A lower court last year found in favour of fur farmers who are furious at being ordered to shut down their companies without compensation. However, the appeal court said on Tuesday that the new legislation does take the interest of fur farmers sufficiently into account because of the 11-year changeover period.

Fur farmers said in a reaction to Tuesday’s ruling that they will take the issue to the high court. ‘We have already said that we will pursue this case to the bitter end,’ a spokesman for the fur farmers’ association NFE told news agency ANP.

‘We are extremely puzzled as to why last year the court found in our favour and now opinions have changed. This is both a surprise and a disappointment, because we had not expected it,’ the spokesman said.

The ban on fur farming came into effect on January 15, 2013 and included an 11-year transition for existing companies.

The Netherlands has some 160 fur farms producing five million pelts a year. The sector employs some 1,400 people. The Netherlands is the third biggest fur farming nation in the world behind Denmark and China.