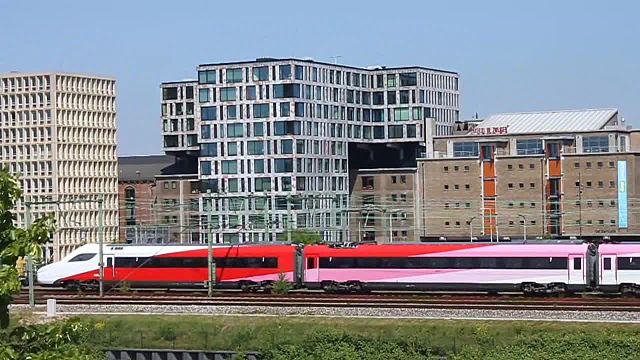 Junior infrastructure minister Wilma Mansveld resigned on Wednesday following the publication of a damning report on the Fyra high-speed train project. The Dutch papers agree that Mansveld had to go, but say others are also partly to blame.

‘Train travellers out in the cold? That is putting it mildly. The rest of us are shivering as well,’ writes the NRC, referring to ‘Reizigers in de kou’, the title of the report into the Fyra high-speed train debacle.

Fyra is ‘a job half done which has cost every household in the Netherlands €1,500′, the paper calculates. But that is not the worst of it. ‘The crux of the matter is the un-transparent and unclear relationship between what was a public sector company and the government,’ the paper says.

‘Twenty years ago railway company NS became a privileged player on an ostensibly free market which in fact allowed little competition. The state subsidises, receives dividends (in an ideal scenario) and is still the only stakeholder in a company which bought the ill-fated trains in Italy using an Irish tax construction to avoid paying tax to that very stakeholder,’ the paper writes.

The Financieele Dagblad thinks that junior transport minister Wilma Mansveld was right to resign. The buck stops with Mansveld, although the FD feels transport minister Melanie Schultz-Verhaegen should shoulder the responsibility for ‘poison pill projects such as Schiphol, KLM and ProRail herself instead of playing around with minor stuff like the maximum speed’, the paper writes.

Perhaps the worst finding of the parliamentary committee is that parliament, ‘the final link in the chain’, has failed in its task to ‘check, control and correct’, the FD writes. ‘Politicians must give up the illusion they can manage a railway company and create conditions for a professional supervision framework in which market-driven companies can take their own responsibility,’ the paper concludes.

‘Stop messing around with our public transport,’ the Volkskrant heads its editorial. ‘The free market experiment has largely failed. The commercial running of stations was a success and on a regional level competitors – usually subsidiaries of foreign public sector companies – proved they could provide adequate public transport services.

‘But the main network of intercity trains and high-speed trains should be in the hands of one company: the NS as an independent corporation. Public transport is a vital public service which should be guaranteed by the government, not a free market experiment,’ the paper writes.

The decision by the VVD to burden Wilma Mansveld with a ‘sensitive and complex dossier’ was ‘a fatal flaw’, the Telegraaf writes in its editorial, especially since the junior minister’s career so far has been marred by several other blunders.

‘Groningen provincial politics is hardly the arena to acquire the experience needed to front this type of responsibility and for that the VVD and Mansveld have only themselves to blame,’ the paper writes.