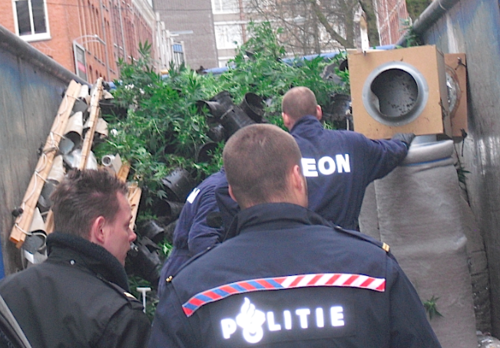 Liberal democratic party D66 is introducing its own draft legislation on Thursday to regulate the production and sale of marijuana.

D66 has called for regulation of the supply side for years and says this will not only save money but cut health risks to users.

The current situation, in which officials turn a blind eye to the sale of small amounts of marijuana in licenced cafes but ban growing, cannot continue, MP Magda Berndsen told news agency ANP.

The draft legislation does not legalise the cultivation of marijuana but will allow growers to apply for an exemption to the law under strict conditions.

This will involve supervision of the production process to ensure no dangerous pesticides or other chemicals are being used.

If the legislation is passed by parliament, ‘it would mean all the marijuana sold in Dutch coffee shops would come from regulated sources, otherwise it would be illegal. That would make the situation clear for the police, legal system and consumers,’ Berndsen said.

Regulating coffee shop supplies would also generate more tax income for the treasury and cut spending on the police and justice ministry. Berndsen is a former police officer.

Justice minister Ivo Opstelten has consistently refused to sanction any form of regulation, saying it would break international treaties.