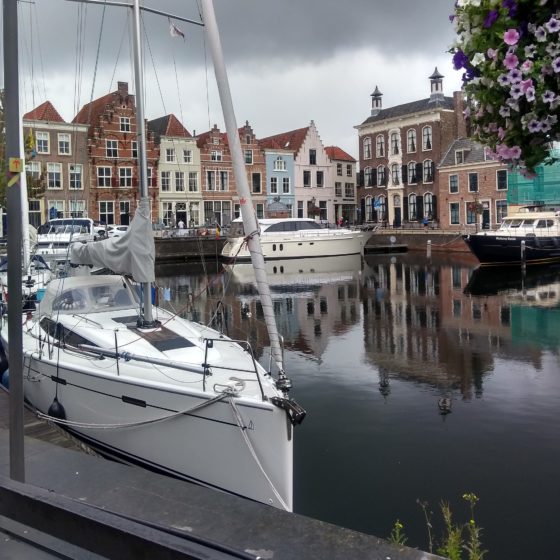 This 10th-century town in Zeeland gets its name from the nearby river, de Korte Gos and grew rich in the 12th century by extracting salt from peat in local swamps. Despite its small size – Goes is home to just less than 30,000 people – it offers plenty to do for a weekend.

The Zeeland tourism board claims that from any place in the province, you can be on the water within fifteen minutes and Goes certainly meets that promise. And all that water means something else: oysters. Closeby Yerseke is most famous for the shellfish, but there’s plenty to find in Goes proper.

The coat of arms of Goes includes, among other things, a white goose, likely a homage to the geese who spend their winters on the island-turned-penisula of Zuid-Beveland where Goes is located. While the Netherlands remained neutral during the First World War, Goes was bombed when British aircraft accidentally dropped their payloads over the city. 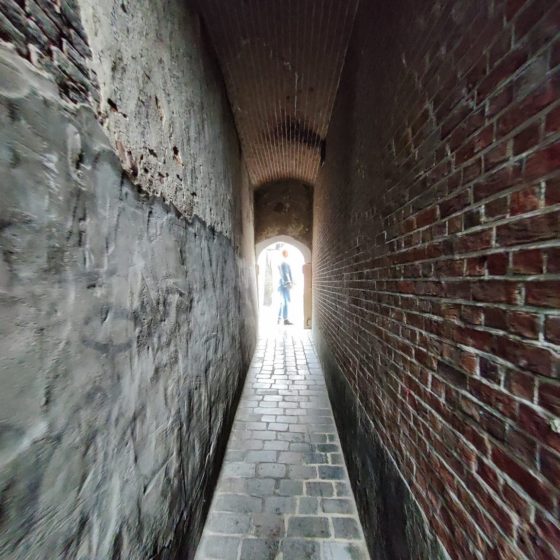 Things to do
Take in some history at the Historisch Museum De Bevelanden, which showcases local history and is housed in a former convent and orphanage. The area of Zuid-Beveland is known for its dialect and its particular style of historical dress, which the museum has permanent exhibitions about.

Enjoy a beer at the city’s two breweries: Bierbrouwerij Slot Oostende and Emelisse. The Emelisse brewery used to be located in Kamperland but moved to the same spot as Slot Oostende in 2016. You can take a one-hour tour of the facilities, enjoy some of their products and have a meal in the dining room.

Check out the Maria Magdalenakerk
The Grote Kerk is located directly across a square from the Saint Maria Magdalena church, which you can also visit. (And conveniently next door to the breweries.) Constructed in the 12th century, a careless plumber caused a fire in the church in 1618 but much repair work has been done, including the installation of a unique organ.

Contribute to the local economy and do some shopping
The town itself has quite a number of beautiful old buildings, which makes a stroll around town worth the while. The city hosts markets twice a week: Tuesday and Saturday.

Go have some oysters in Yerseke
The little coastal town is only 15 minutes by car and offers up some of the best oysters and mussels in the country. There you can visit the Oyster Museum and even pick your own. 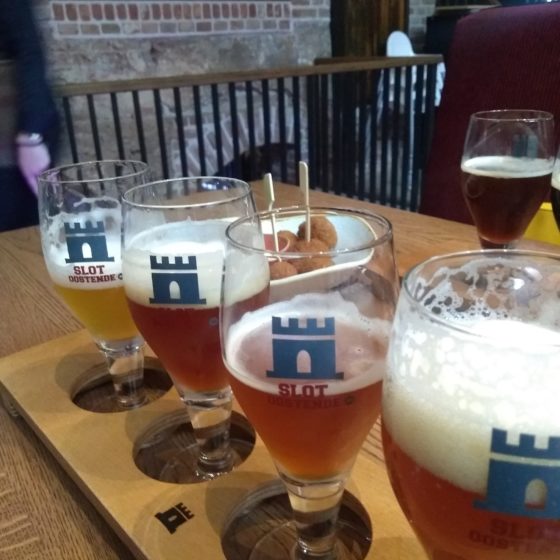 Where to eat
The amusingly named Kale en de Bril (Baldy and the Glasses) is an upscale restaurant serving mostly local products and is run by two men, one of whom is bald and one who wears glasses. The staff is surprisingly chatty by Dutch standards and the menu boasts a well-curated wine selection.

De Brass is a classic brasserie, with wood paneling, an informal feel and a tasty menu. The space is large, so it’s not hard to get a table. The staff make great cocktails and will even provide some bar games for entertainment.

The building that houses Katoen used to be a place where fabrics were dried and bleached. It’s now a small hotel and restaurant. There’s both a more informal brasserie and a more upscale restaurant that serve local delicacies, including oysters and mussels. 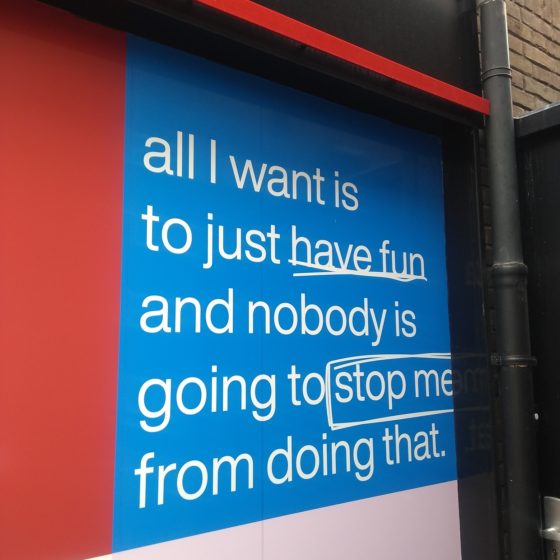 Where to stay
Both the aforementioned Slot Oostende and Katoen have attached hotels. Both have comfortable rooms, Katoen is more modern than Slot Oostende, which has unique wallpaper in every room.

Another option is Boutique Hotel Rijks, also located in the city center. Every room has a king-sized bed and breakfast is included.

How to get there
You can drive and there are a number of paid garages in the city. There is also an NS station and the train trip takes about two hours from Amsterdam. But it’s not called Zeeland (sea country) for nothing. There are a lot of options to get to Goes by water. The Westerschelde Ferry connects various points in the province and you can take your bike on board, so it’s possible to bring your bike along for the weekend, making it easier to get back to the hotel after a night of oysters and champagne.