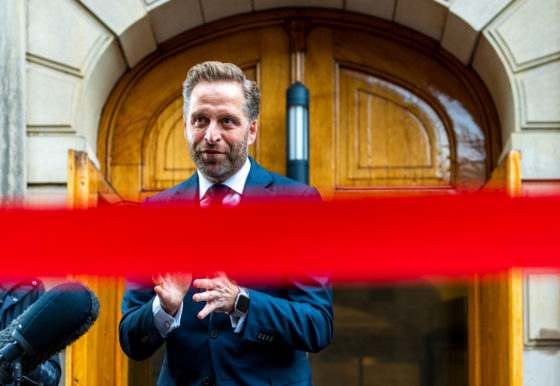 A year after Mark Rutte’s four-party coalition resigned in disgrace, a new cabinet of four parties, led by Mark Rutte, promises a fresh start and a “new elan”. Within days two ministers have tested positive for coronavirus and the justice minister is under fire for not bothering to enforce the rules. Departing economic affairs minister Stef Blok drops a stink bomb in Groningen on his way out, revealing that gas production in the earthquake-ridden province will have to double. New housing minister Hugo de Jonge will need all his skills and more to tackle the shortage of affordable homes. And we reveal which minor ruckus has won the coveted title of Ophef of the Year 2021.

Ophef of the week: Rita Verdonk returns as number two to Richard de Mos in The Hague

Eredivisie will restart as planned despite rising infections (NOS, Dutch)