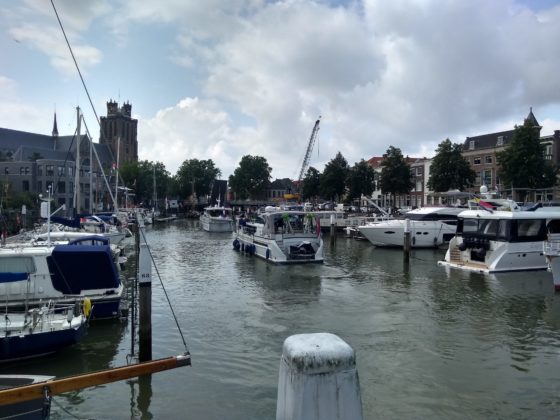 The harbour of Dordrecht Photo: DutchNews.nl

The inhabitants of the oldest town in the province of Zuid-Holland are known to some as ‘sheepheads.’ According to lore, to avoid paying an import tax on meat, two men dressed a sheep up as a man and attempted to sneak the animal through the city gates, only to be discovered when the sheep bleated. There’s a statue to the legend that you can see if you visit this island city.

Dordrecht was given city rights in 1220 by William 1 and the city, now with a population of around 118,000, was long a major trading city in the Netherlands, due to its location on the water. Situated at the point where the Merwede tidal river splits into the Noord and the Oude Maas, the name Dordrecht comes from the 13th-century term thuredriht, meaning ‘thoroughfare.’

The locals are proud of their history and also of their legend. The professional football club, FC Dordrecht, includes a ram’s head on their logo and supporters sing Wij zijn de Dordtse schapenkoppen (we are the Dordtse sheep heads) during matches. The local specialty is a schapenkop (sheep head), a crisp butter cookie. 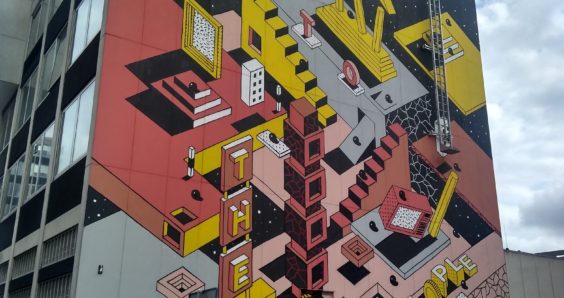 One of the murals on the street art tour. Photo: DutchNews.nl

Things to do
A city whose history is closely linked to the water is best seen by boat. For €10 euros for adults (children under 12 are 5 euros), you can take an hour-long canal tour on the Dordtevaar. You’ll get a bit of the history of the city, see a few of the major sites and get a great view of the city from the Oude Maas. The tour departs every hour from the restaurant de Stroper.

If you don’t quite have your sea legs or you’re just itching to see more, try the Street Art Tour. This 6-kilometer walking route will give you a great tour of the city. Curated by artist Simian Switch, local artists have been commissioned to paint huge murals on the sides of buildings, bridges and boathouses. The first Sunday of every month, the city’s art galleries, studios and antiquarian bookshops are open for special hours if you want to check out more art.

The city’s largest church, the Onze-Lieve-Vrouwekerk, or Church of Our Lady, commonly called the Grote Kerk is also worth a visit. Built in the Brabant Gothic style, it’s most well-known for its choir stalls, which include carved Biblical scenes. It’s 275 steps to the top of the church tower, which will give you a spectacular view out over the water.

More history and more art can be found at the Dordrechts Museum. Founded in 1842, it’s one of the oldest museums in the Netherlands and has a collection of work from the last 400 years, from Renaissance paintings to contemporary art.

If you’re willing to journey outside of the city, you can visit the Biesbosch. At 90 square kilometers, It’s one of the largest national parks of the Netherlands and one of the last freshwater tidal wetlands in Northwestern Europe. 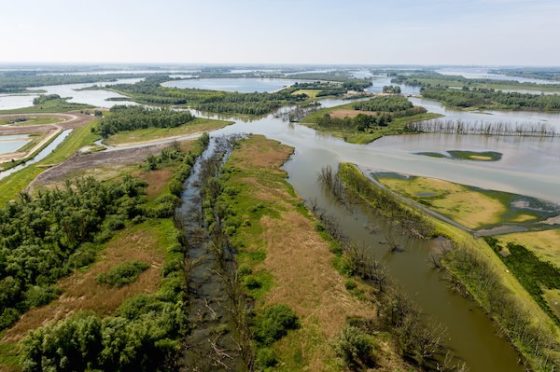 Part of the Biesbosch. Photo: Holland.com

Where to eat
Venture outside the city centre to the Villa Augustus (if you aren’t staying there, more on that later.) The former pump building has been turned into a restaurant, located in front of a water-tower-turned-hotel. The menu changes frequently and most of the vegetables are grown in the garden behind the restaurant, which you can walk around. It does a lovely afternoon tea and serves breakfast and you can even take things to go from their shop in the front.

Stop into Coffeelicious for a coffee and a piece of cake. Or one of their giant milkshakes. They serve both bunch and high tea and you can take their goodies to go if you need to take something home with you.

Located directly across the street is Bistro Twee 33, a French-inspired restaurant with cosy seating and fantastic fries. They have a long wine list, so ask for a recommendation.

Dordrecht is also home to a poffertjes restaurant. Not one of those stalls you see at markets in the winter, but a proper, sit-down restaurant. Visser Poffertjes serves all of the tiny pancakes you’re familiar with as well as stamppot every Wednesday. 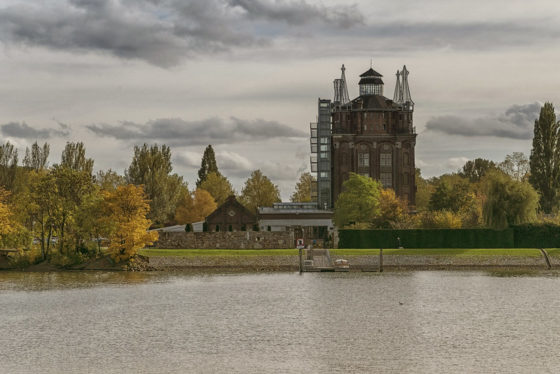 Where to stay
Villa Augustus is a former watch tower turned into a spectacular hotel. It has a variety of rooms, including some in the old tower with a fantastic view over the water, as well as garden rooms, where you can open your door into a green paradise. It’s about a twenty-minute walk into the city centre.

Hotel Dordrecht is located on the water, in a restored historic house. It’s about a ten-minute walk into the city centre from the hotel and the hotel bar boasts 75 different whiskeys.

For something more bed and breakfast style, try Heer & Meester. It’s located directly in the city centre, in a series of small buildings built in 1613. Each room is a bit more like a tiny house and has its own door directly to the outside.

How to get there
You can get to Dordrecht by train in less than an hour from Amsterdam. Direct trains run every half an hour. Driving is also an option and there are several parking garages in the city centre. Most hotels have parking options. To get the best experience, though, you should arrive by water. If you don’t have your own boat to sail in on, you can take the Waterbus from Drechtsteden, Rotterdam and the Biesbosch.