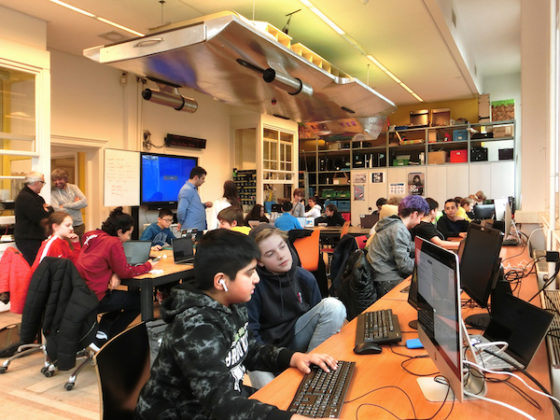 You’re unlikely to be asked whether you speak fluent Latin or Ancient Greek in a job interview –  but a working knowledge of Python and C++ computer languages will probably be a plus.

This is the view of Hakan Akkas, the school teacher and IT whizz behind what may be the Netherlands’ first secondary school focusing on teaching code. ‘If you look at the needs of companies, they don’t need people who speak Latin or Greek; even if you want to be a doctor, you don’t need Latin!’ he points out.

‘Four years ago I thought that we have schools for kids who are fond of languages. They can do the “gymnasium” with Latin and Greek. For pupils who like theatre or sport we have certain schools where you can do a lot of culture, theatre, or sports. I thought: “why don’t we have such a thing for informatics and computer science? When I told my principal, he said: “Great! Let’s start immediately!”’

Today, when coronavirus measures aren’t in play, three entire classrooms of Metis secondary school in Amsterdam Oost are dedicated to Akkas’s ‘coder class’, where students have five hours of lessons each week in skills including computer languages, gaming, 3D modelling and ‘embedded’ computing such as the Internet of Things. It’s all gamified in levels, so the teenagers can progress at their own pace, winning virtual badges along the way, as well as being introduced to subjects by the teacher in a more conventional way.

Some enthusiasts like 13-year-old Jonas Post have been keen on computing for years. ‘I chose this school for the coding class,’ he says. ‘When I got my first laptop, I wanted to learn to programme. My father models for his job and later I want to do something with programming – you can really go in any direction with it.’

His friend 12-year-old Wessel Wenneker already has some big ideas, inspired by artificial intelligence that is being used to help boats ‘see’ and steer themselves. ‘For projects we work together and I can often help other people as I have been programming since I was young,’ he says. ‘For our big project [next year], I have an idea about artificial intelligence.’

Akkas said that the self-powered learning – which fits well in the school’s Montessori system– is essential for computing. ‘The first thing I noticed was that the differences between the children are so huge with respect to the time they spend at home on it,’ he says. ‘Some of them see it as just another lesson but some of them do it as a hobby. We started four years ago with a group of 25 pupils and actually if you look at the things they can do now, it’s magnificent! Some pupils are doing these things for 10 hours a week, at their own pace.’ 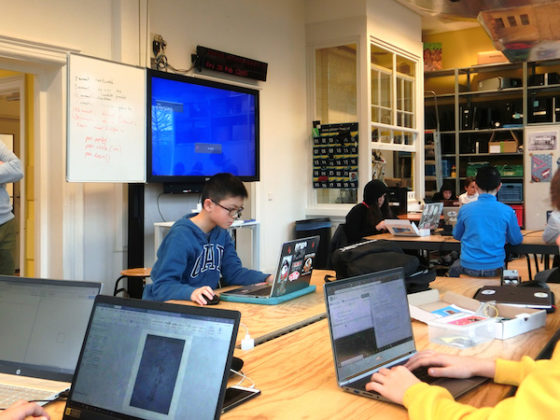 One of the computing rooms – when you look up – has a spaceship suspended from the ceiling and every Friday this comes down and is used for the extra-curricular robotics club. Teams take part in hackathons, robotics competitions everywhere from Denmark to Japan, and last year the school organised its first computing ‘field trip’ – taking 13 young people to Silicon Valley, to see the sights and drop in on Apple, Google, Berkeley and Stanford universities and several start-ups.

‘Some people go to Rome on their school trip, but these kids went to Silicon Valley and found it fantastic!’ says Chris van den Berg, a computer science teacher who is busy organising the next trip. ‘This really is the most fun school in the Netherlands!’

It’s deadly serious too, though. Monique Dewanchand, another teacher, is a real-life example of the opportunities offered by IT skills: she works in the classroom three days a week and the other two she is a developer at 3D company Blender.

‘It’s not just programming that we teach but also creativity, algorithms, 3D, and trying to apply the knowledge to other school subjects,’ she explains. ‘In history, they did something about the Colosseum, and they created a virtual reality [presentation] about it; for English they made a whole animation. They are not scared to use technology. Teachers are used to getting papers but not to getting a website! The kids are changing how they do geography by making 3D prints, when the teachers expect scissors and paper! The Dutch education system can be old-fashioned but we are breaking the mould.’

Akkas adds that the broader ability range at the school – which offers VWO and Havo levels – is a real plus because some students who may not be strong in every subject but really excel with computers. ‘We have a lot of that – kids who are really, really good in computer sciences but aren’t interested in Dutch, French, German,’ he says. ‘The only languages they are interested in are English, Python, JavaScript and the coding languages. That’s okay.’ 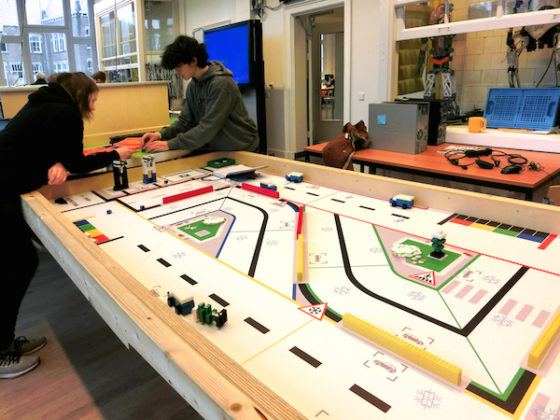 Now the school is working on making the programme it developed itself wider, sharing it with other schools, and building links with universities so that modules could even count towards students’ further diplomas. ‘Building a network of schools in the Netherlands would be great!’ says Akkas.

Some Dutch experts believe that Metis is setting a truly modern example in the Dutch secondary system. Dr Felienne Hermans, associate professor at the Leiden Institute of Advanced Computer Science, told DutchNews.nlL: ‘As far as I know there are no other schools doing this much. Whether it has an effect in the long run, we can only really measure in 10 years, but I do think there is a real effect already because these kids can program and before they couldn’t. That in itself has value.’

As well as building for their future, of course, the students have plenty of short-term goals in mind. Thirteen-year-old Annemijn is keen for a career in computing but adds: ‘My neighbour is a programmer and has coded his whole house – I want to do that!’