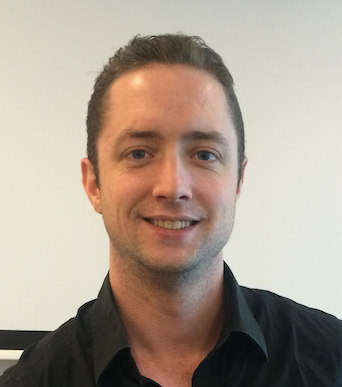 American Chris Osman, 31, has been in the Netherlands for four years and is surprised by how different all the 12 Dutch provinces are, given the size of the country.

How did you end up in the Netherlands?
I was finishing a teaching gig in Hong Kong and visited a friend in Maastricht on my way home. I focused on finding a job first in Europe before returning home and received a promising lead that ended up not working out. However, I found an opening with Webster leading graduate enrollment in Webster’s graduate programmes and got the job!

How do you describe yourself – an expat, lovepat, immigrant, international, etc – and why?
I’m definitely an international. I caught the travel bug when I did a study abroad programme for one year in Germany during my Bachelor’s degree. One internship and a Master’s degree later, I travelled through Asia and am now living in the Netherlands. As the Netherlands is a very international country, we are the perfect fit.

How long do you plan to stay?
Until they kick me out!

Do you speak Dutch and how did you learn?
I would say I’m conversational in Dutch and am now slowly starting to be able to hold philosophical conversations. I learned by using my German as a basis and took courses in Amsterdam and in Leiden.

What do you miss about back home?
Naturally I miss the convenience and customer service. You do have to put up a bit more of a fight and prove that it’s actually not your fault.

How Dutch have you become?
When I was back home in the US I was uncomfortable because random people would just start talking to me. I thought they wanted something from me until I realised they were making small-talk. Also, when I had to pay a tab at the restaurant I asked if I could pin. The Dutch is having an influence!

What’s your top tourist tip?
Brouwerij ‘t Ij in Amsterdam is a great place to try some really great local Dutch beer. Also a quick trip to Leiden is really worth it and you can do the Leidse Looper and check out the city’s history in a day.

If you had just 24 hours left in the Netherlands, what would you do?
I would hop on a train to Zeeland and eat as much herring, mussels, smoked eel and friet speciaal as I could.