The Netherlands has some 300 castles and fortified palaces, dating from medieval times to the 20th century.  From five-foot-thick defence walls for protection against the enemy to lavish palaces to house the elite, Erin Wille picks out a few of the best.

De Haar
The Rothschild family funded a 20-year neo-gothic restoration project for De Haar, one of the most luxurious castles in Europe, and the largest in the Netherlands. Surrounding the castle, 7,000 40-year old trees transported from the province of Utrecht created a modern-day park. In 2000 the family passed ownership on to the Dutch Natuurmonumenten (national heritage society) but retained the right to spend the month of September in the castle until the end of time. Necessary maintenance funds come through tourism, private receptions and events.

Nyenrode
This stunning Dutch Renaissance castle is surrounded by water and only accessible by a drawbridge, Nyenrode was rebuilt and passed through the hands of multiple families over the decades. Since 1947 the lucky students at Nyenrode Business University can call it their campus. The main fortress is now closed to the public. However, music concerts are still held in the coach house.

Duin & Kruidberg
During the 17th century many wealthy Amsterdammers fled the city, mainly due to the unbearable smell of the canals/sewers that occurred in the summer. Balthasar Coymans, councillor and the sheriff of Haarlem, built the Kruidberg in Dutch Renaissance style. Today, visitors can rest their heads here, as this country estate has been converted into a luxury hotel. They can also enjoy top restaurant De Vrienden van Jacob, which has gained one Michelin star.

Valkenburg
Valkenburg has not been restored since its final destruction in 1672 but is still well worth the visit. The only hilltop castle in the Netherlands has a dramatic history of many sieges, destruction and power through conquering knights. Most extraordinary about this castle is the extensive underground tunnel system running beneath the ruins, which was used in both WW1 and WWII, serving as a shelter for soldiers. 50-minute tunnel tours are offered daily. 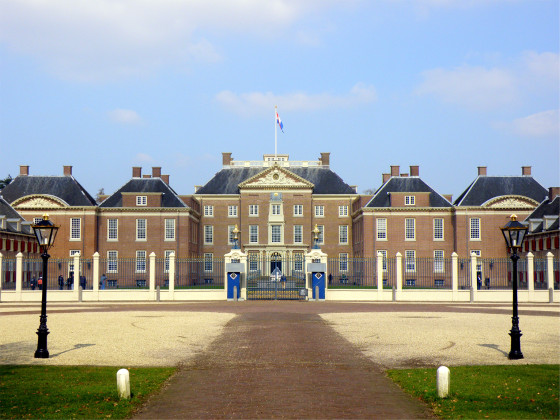 Het Loo Palace
William III of Orange, who later became King of England (by marriage with his British wife Mary), built Het Loo – the ‘Versailles of Holland’ – as one of his hunting lodges and leisure house. The symmetrical Baroque palace and its lavish gardens are open to the public.

Chateau St. Gerlach
The St. Gerlach was founded in 1201 as a monastery to accommodate pilgrims who came to pay homage to hermit Gerlach of Houthem. The main chateau and Baroque gardens date to the 18th century. Now one of the finest five star hotels in the Netherlands, Château St. Gerlach, has welcomed many well-known guests.

Loevestein Castle
This Loevestein medieval fortress became a prison for political prisoners in 1619. One famous inmate was the eminent lawyer, poet and politician Hugo de Groot, who was serving a controversially imposed life sentence. De Groot managed to pull off a daring escape in a book chest. The idea for this escape came from his wife Maria van Reigersberg. He subsequently became the Swedish Ambassador to France for 10 years.

Radboud Castle
Radboud castle is beautifully situated on the coast of the former Zuiderzee. On September 4, 1939 Rembrandt’s painting The Night Watch was hidden here temporarily before it was moved to a bunker for safety. Currently the site hosts concerts, medieval weekends, children’s parties, cooking workshops, weddings and many more activities. Its future, however, is uncertain, as it has just been put up for sale.

Erin Wille is an American expat living in the Netherlands. She currently serves as the photo editor and ‘What’s on’ coordinator for ACCESS e-zine in addition to freelance writing. A longer version of this article was first published in the ACCESS e-zine