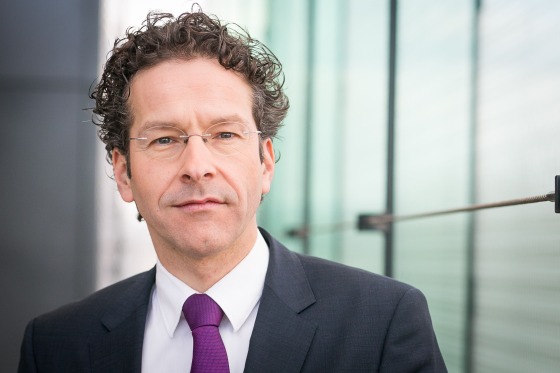 The Dutch cabinet has come up with a number of measures which it hopes will  reform the financial sector and boost stability at times of crisis. But Dutch financial insitutions are not being cooperative enough in making the changes, says finance minister Jeroen Dijsselbloem.


One of the questions that kept surfacing in 2014 was whether or not the crisis was over. The economic recovery is slow but it is safe to say that we have left the acute crises that hit banking and the housing market behind us. The important question now is whether the recovery is sustainable. Are we willing to learn from the crises and prevent other bubbles from forming?

The cabinet came up with wide-ranging measures to make our financial institutions more sustainable. Stability, in times of crises, is important. Taking risks is sometimes inevitable. But financial institutions should always avoid having to renege on their core activities because the risks they are taking are too great for them to bear, or when they can only survive if propped up by the government (i.e. the taxpayer).

In order to avoid these scenarios a number of measures are now being put in place. What is immediately obvious is the massive reluctance of the financial institutions and sectors involved to the new rules which they see as unnecessarily prescriptive. The lobby against extra capital requirements for banks, new solvency requirements for insurers, new lending norms for mortgage lenders is huge and has also reached the Senate. It is based on far-fetched and factually incorrect arguments.

First, the insurers. The sector is against higher capital requirements and had a report made up by professional services company Towers Watson which showed that in certain cases capital requirements for insurers significantly exceeded those for banks. That is true and only as it should be.

Life insurance companies offer a life insurance policy which guarantees a return based on a deposit, with the insurer carrying the corresponding risk. Banks don’t offer that security to savers; the interest on a savings account often fluctuates. The work of insurers and banks is different which means they have to maintain different capital buffers.

Secondly, the pension funds. The new Financial Assessment Framework puts more stringent demands on the pension funds but also gives them more time to recuperate when they are faced with adversity. The pension payments don’t have to go down immediately, as happened in the past few years. However, the pension funds have resisted the new framework and have also asked for a postponement of the introduction of the new actuarial interest rate.

The new rate is a more prudent way of calculating future commitments. The argument against its introduction is the fact that the rate for insurers is still in the pipeline and would differ from that for the pension funds. That argument brushes aside the distinction the framework makes between insurers and pension funds and ignores the authority of the Dutch National Bank to independently determine the rate. The Senate, after much deliberation and just within the deadline, approved the new framework but did support the protests against the new actuarial interest rate. Pension funds need to be honest; high (hoped for) returns carry more risks. But in that case you have to be able to carry them.

Thirdly, the housing market, which has been suffering from excessive credit. The mortgage interest tax break contributed to high mortgages and the creation of a housing bubble. This tax break is gradually being pared down. New mortgages will have to be paid off within the normal thirty-year time frame.

From 2015, the rules for a new mortgage will be pared down further and will depend in greater measure on income and the value of the house. This hasn’t gone down well with builders and the association of homeowners Vereniging Eigen Huis. Why do we do this? More than a third of mortgage holders are trapped in negative equity. We have to realise that from the moment the mortgage is signed many homes are worth less than the amount on the mortgage papers, even before the crisis began. Until a few years ago this was allowed, with all the risks it entailed. With a single percentage point the cabinet is now bringing back the norm to 100%. In other words, if you want a mortgage you will have to put in some money of your own.

Income will be another determining factor when taking out a mortgage. Now that mortgages will have to be paid back within thirty years, monthly household expenses will grow. Independent family spending institute NIBUD had another look at the present lending norms and suggested that the lower income groups should be treated with more care. For incomes of up to €28,000 the 2015 norm will be lowered by 3 to 6.5 percentage points. Critics are forecasting another crisis on the housing market but the real question is whether we are prepared to retain the lessons of the last crisis for more than a couple of years.

Finally, the banks. The banking crisis in the Netherlands was a major one. The Dutch taxpayer paid tens of billions of euros to keep the sector afloat. In spite of the enormous impact on society and the economy, the banks now balk at sharper capital requirements, especially the requirement to make up at least 4% of the balance from their core capital.

The frequently repeated argument against this requirement is that it would have a negative impact on loans to small and medium-sized companies. However, a study carried out by the Dutch national bank shows that in the proposed basic scenario banks will be able to comply with all the requirements and at the same time provide loans compatible with the projected economic development.

How? Banks have been making a pre-tax profit of €8bn a year on average during the last four (crisis) years. Expectations are that as the economy recovers that amount will go up. After taxes, the banks will still be looking at a profit of over €5bn. This will enable them to strengthen their core capital without any hindrance to the provision of loans.

The real question is if we are prepared not only to learn the lessons of the crisis but to apply them, even if we don’t like the short-term consequences. We need to bear in mind that risk management will be more efficient and affordable. An economic recovery based on new bubbles and false promises will lead to a repeat performance of 2008 and more damage to the economy and society.