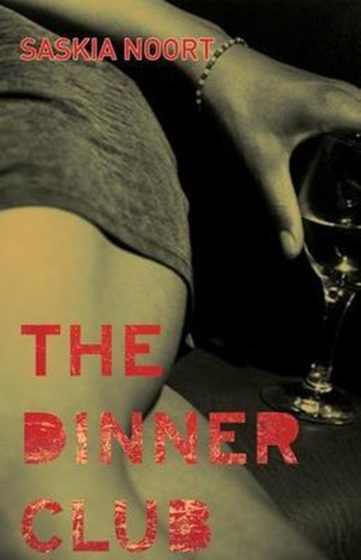 A classic of the Dutch crime thriller genre, Saskia Noort’s The Dinner Club (De eetclub in Dutch) follows a group of friends in a posh Dutch village who form a dinner club. Tragedy ensues, revealing that behind the facade of the fancy villas, things much more sinister are going on.

Nominated for The Golden Noose (De Gouden Strop) for best Dutch crime novel, The Dinner Club was Noort’s third book when it was published in 2004. She’s gone on to publish more than a dozen more novels, mostly thrillers.

The book was published in English in 2007, made into a movie in 2010 and Noort published a follow-up novel in 2013. Prize-winning translator Paul Vincent, who also translated The Discovery of Heaven, translated the work into English.

The book follows Karen, who together with her husband Marcel and children, leave their house in Amsterdam to relocate to a commuter community nearby. On the surface, the couple seems happy and upwardly mobile, but Karen soon feels isolated in her new village while Marcel spends his time focusing on growing his business.

Via their children, the pair soon meet four other couples, who begin regularly hosting booze-soaked dinner parties. The novel opens with a house fire that leaves one of their friends dead, nearly kills his wife and children and kick starts a series of violent events.

Karen thinks she has a group of close friends who will support one another through this difficult time, but in reality, the group is involved in shady financial dealings, ongoing affairs and perhaps even murder. Interspersed with the present day, Karen flashes back to how the group met and what led them to this tragedy.

With a group of five couples, plus their children, the novel’s biggest flaw is that it is too crowded. It’s difficult to keep track of the mostly interchangeable couples, with the husbands stereotypically focused on earning money and the wives equally as stereotypically focused on spending it. Some of the children aren’t even introduced by name and are as integral to the plot as the stylish furniture.

The only woman in the group who works is Karen, who is also the least vapid, most kind and, initially at least, seems to have the most healthy marriage. Her worst transgression, a brief affair with one of the husbands in the group, is immediately outdone by a series of worse decisions taken by others around her. It is a classic case of Mary Sue.

Noort, however, does a good job of depicting well-heeled life in the suburbs and creating a sharp plot that leaves readers guessing about what might happen next. The Dinner Club is not life-changing, but would be a pleasant addition to any beach vacation.

You can buy The Dinner Club at The American Book Center.