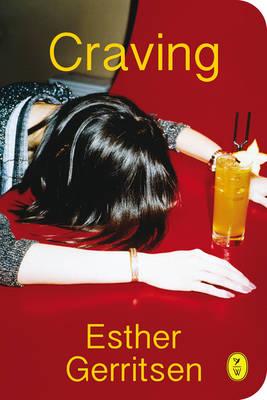 Esther Gerritsen is an award winning author, playwright and columnist. Her acclaimed 2012 novel, Dorst, nominated for the prestigious Libris Literature Prize, Dioraphte Literary Award and Opzij Prize has been translated from its original Dutch and is now available under the English title Craving.

Craving is about the interpersonal relationships that connect a dysfunctional family. The narrative revolves around Elisabeth and her daughter, Coco, who are reunited in domesticity by Elisabeth’s terminal illness and the end of Coco’s rental agreement.

The story opens with Elisabeth and Coco inadvertently seeing one another on opposing sides of the Overtoom in Amsterdam. Elisabeth takes the opportunity to clumsily reveal to her daughter some devastating news that she has been withholding from her family. After asking about Coco’s hair (to conceal her thought about Elisabeth’s weight gain), she reveals a bag of medications, blurts out that she is dying, and quickly departs the scene as Coco cycles away.

Elisabeth is an awkward communicator. Her ex-husband suggests that her communication and relationship struggles are due to autism. Regardless of cause, Elisabeth’s prior conduct, especially during her daughter’s early childhood, resurface in her final days as Coco seeks explanations from her mother to settle her own disconcerting childhood memories.

For a young woman, Coco is a calamity. She lacks the direction and decision-making skills required to attain life satisfaction. Her romantic relationship, with pseudo-father figure Hans, is coming to an end, throwing Coco into a negative spiral of attention seeking conduct fueled by alcohol and sex with strangers in pubic places.

Additional characters include Wilbert (Elisabeth’s ex-husband), Miriam (married to Wilbert), Martin (Elisabeth’s employer and close friend), and Elisabeth’s hairdresser. Together these four characters give dimension to Elisabeth’s persona. While Wilbert and Miriam treat her as a damaged woman able to living independently yet incapable of parenting a child, Martin praises Elisabeth and is resolute in his support for her. The hairdresser maintains non-judgmental respect for his client and teeters on as a friend to Elisabeth.

Craving is indubitably a Dutch novel but the narrative has universal appeal.  A central character dying of cancer is a common thread found in Dutch literature and film – especially compared to books and films from America or Britain. This may be connected to the ease the Dutch have in speaking about death, compared with English speaking cultures.

Reliant on verbal exchanges and flashbacks, Craving is a tale of psychological tension tinged with black humor. The succinct dialogue is clever and easily conveys the discord between characters to the reader – a major feat achieved by both the author and translator. Highly recommended.