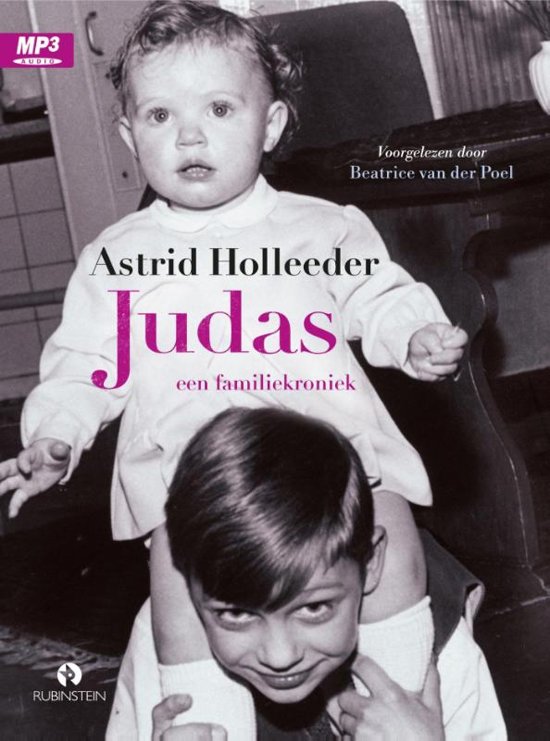 Judas is the story of Astrid Holleeder, a criminal lawyer who eventually decided to testify against her brother, the notorious Dutch gangland figure Willem Holleeder,  sentenced to life in jail in July on six counts of murder.

Holleeder’s notoriety stretches back to 1983 when he, together with Cor van Hout and three others, kidnapped the CEO of Heineken, Freddy Heineken and his driver, Ab Doderer, from the front of the Heineken office in Amsterdam.

The kidnapping catapulted Holleeder from minor criminal and, on his release, into a Dutch celebrity. That infamy extended to Holleeder’s family, including his sister, Astrid.

Astrid Holleeder was the youngest of four children, born in the Jordaan neighbourhood of Amsterdam, to an alcoholic and abusive father and a homemaker mother. She was a bright child but terrorised by her father and, according to the book, forced to continue her education secretly, as her father wouldn’t have approved.

Eventually, she went to the University of Amsterdam, but her famous name made it difficult to fit in, and she finished her degree at Cambridge. She became a criminal lawyer, where her name was a useful asset and had a successful career until she went into hiding after deciding to testify against he brother.

The book opens in 1996, with the attempted murder of Cor van Hout. Since his involvement in the Heineken kidnapping, he had married Astrid’s sister Sonja and together they had a son (and later a daughter.) Both Sonja and their son Richie were in the car during the attempted killing.

The story follows their lives going forward but also revisits the past of their childhood, the abuse at the hands of their father, and later Willem, the terror their mother experienced and Willem Holleeder’s initial forays into illegal activities.

It concludes when Astrid, after much soul searching, decides to go to the police with her knowledge of her brother’s criminal activities, detailing how both she and Sonja decided to begin taping their conversations with their brother, to offer the prosecutor evidence of his involvement in the criminal underworld.

Astrid Holleeder is not a writer and the narrative is often melodramatic and adjective-laden. Details too are skipped over. Why was their brother Gerard spared involvement when Astrid and Sonja were not? What was the motivation for killing Cor?

Nevertheless, it is a gripping read, even for those without the knowledge of the Hollleeder history.

The book, released in 2016, was a runaway best seller in the Netherlands and was translated into English in 2018. The translation is competent but odd at times, such as the use of the word ‘liquidation’, a direct translation of the Dutch, to refer to a gangland killing.

Holleeder published a follow-up book in 2017, called Dagboek van een getuige or Diary of a witness, in which she details her experiences of working with the justice system. It is only available in Dutch.