Not enough housing is being built with the needs of ‘downsizing’ older people in mind, says the NVM estate agents association. A study of 140,000 house moves by its statistical arm Brainbay found that older people from 60 to 75 tend to move to a home that is €65,000 cheaper, cashing in some of the value for their old age. A fifth also relocated to more than 50 km away, possibly to return to their home region or be nearer... More > 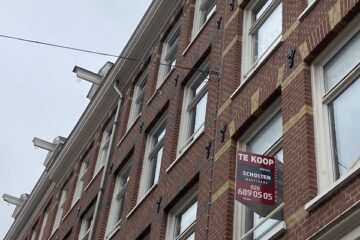 House prices fell 2.3% in December when compared with November, the biggest recorded monthly drop in 10 years, national statistics agency CBS said on Monday. House prices have now been falling for five months in a row as rising interest rates reduces borrowing and the supply squeeze begins to ease. According to NVM figures earlier this month, prices fell 6.4% in the final quarter of 2022, when compared with the same period in 2021, and 3.7% on prices between July... More > 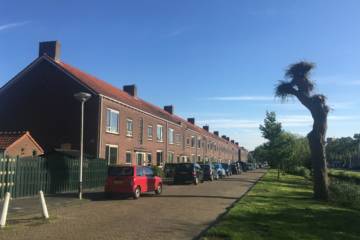 Official property valuations, used to calculate home owners’ local authority taxes, are going up by an average of 17% this year, according to the official monitoring body Waarderingskamer. The increase depends on a number of factors, including location, the type of property and its condition, the organisation said. There are wide regional variations. In Amsterdam the WOZ value is rising just over 20%, while in Lelystad the increase is the highest in the country at 27%. In The Hague and... More >

Minister to speed up housing construction 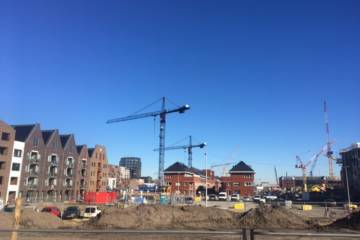 Minister to speed up housing construction

Housing minister Hugo de Jonge has published plans to make it quicker to build new housing, partly by limiting the right of appeal against new developments. It currently takes an average of 10 years from the start of the process to completion but this can be speeded up by removing red tape and combining processes, De Jonge says. In particular the minister plans to limit the right of appeal against a building project to one legal layer. At the moment,... More > 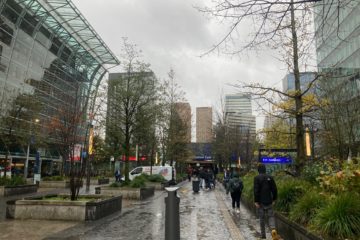 The value of commercial property dropped by up to 30% at the end of last year and the volume of property investment fell by 44%, reports the Financieele Dagblad. Meanwhile, private landlords and investors in housing stock told the NRC that new tax measures plus an upcoming increase in rent price protection will make some property investments unprofitable. The developments are signs that the global economy, increased borrowing rates and Dutch legislation are having a profound effect on the formerly... More >

The sale of newly-built houses and flats fell by over one third in the third quarter of last year – the biggest drop since 2015, according to figures from national statistics bureau CBS, and the Kadaster land registry office. Between July and September, some 5,000 new homes were sold, down 34% on the same period in 2021. By contrast number of existing properties to change hands fell by 6.4%. The average new home was sold for almost €474,000, up nearly... More >

House prices in the Netherlands have dropped year-on-year for the first time in nine years, according to estate agent association NVM. The change marks a rapid shift in the market, after mortgage rates more than tripled last year and European economies head into predicted mild recession. Lana Goutsmits-Gerssen, head of the NVM housing team, said there was some good news for house buyers. ‘The extremely overheated housing market seems to be behind us,’ she said at a press conference on... More > 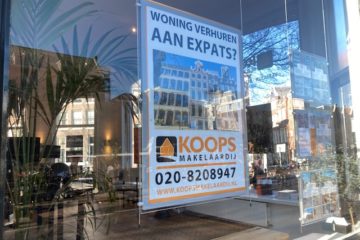 While rents for new contracts in the non-rent controlled sector fell marginally in the final quarter of 2022 overall, they rose sharply in the big cities, with an 11% hike recorded in Amsterdam, according to the latest quarterly figures from rental housing platform Pararius. The number of rental properties coming on the market also fell 9% nationwide, the Pararius figures show. In the big cities, such as Amsterdam, The Hague and Eindhoven, landlords are selling their properties because of new... More > 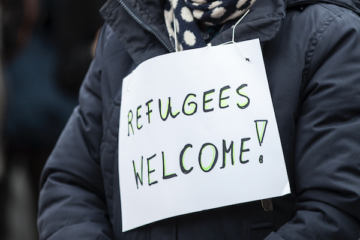 Dutch local authorities found housing for 17,000 refugees with residency permits in the second half of last year – some 4,000 more than planned, the Volkskrant reported on Thursday. Most areas were below target up to the summer months but caught up in the second half of the year, the paper said. There are now 16,160 people living in refugee centres who are waiting for a home, well down on the year high of nearly 17,600 reached in October, according... More >