Opinion pieces, columns and insights into Dutch news and current affairs from key commentators. The views expressed in these columns are the writers’ own. To contribute or request our guidelines, contact editor@dutchnews.nl.

From recent anti-lockdown protests to artful demonstrations in the country’s cultural venues, Lauren Comiteau learned these lessons from Amsterdam’s Museumplein protests. No. Not the ones on the Museumplein, silly. The ones in it.  You know—the Van Gogh Museum turned barbershop and nail salon and the Royal Concertgebouw-cum-hairdressers. I’d been to all three. And what I learned at the 15,000-strong anti-lockdown, anti-vax, anti-Big Pharma, anti-even-bigger-government and anti-everything protest on the Museumplein a couple Sundays ago was that I should maybe be... More > 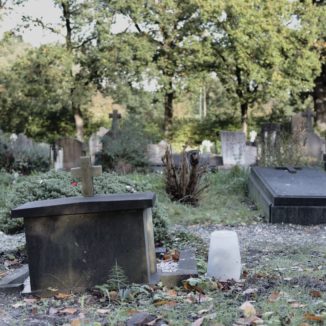 The government is inexplicably slow to give the green light to an investigation into the high number of excess deaths in the Netherlands, say probability expert Ronald Meester and health economist Eline van den Broek-Altenburg. On December 1 MPs voted unanimously in favour  of a motion tabled by Pieter Omtzigt requesting an independent scientific inquiry into the current excess mortality figures. So far the cabinet has done nothing to initiate such an inquiry, a remarkable and irresponsible omission in a... More > 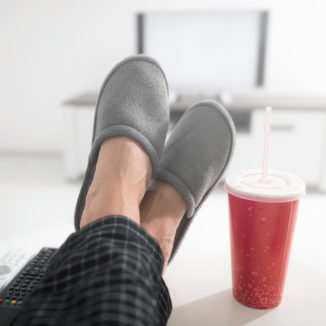 Former health minister Hugo de Jonge’s tweet, showing him watching last Friday’s coronavirus press conference with the prime minister and his replacement, has enraged Senay Boztas.  When I saw Hugo de Jonge’s tweet – sitting at home, in front of his TV, on the first coronavirus press conference where he wasn’t on the stand – I couldn’t control my outrage. Not that he had shared a private joke with the nation, showing more than a pinprick of disrespect. Not that... More > 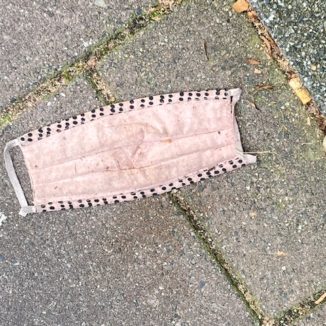 It’s January, and that means going dry, but not like that

It’s January, and that means going dry, but not like that

Our regular columnist Molly Quell is having a hard time getting into the mood to mock the Dutch. Everything just seems too depressing.  It’s time for Dry January. No, not that healthy thing where people give up alcohol for the month and act extremely smug about it. Dry how Dutch people cook meat: withered, shriveled and unseasoned. That’s where I am at mentally. I am already not much of a Christmas person. This really isn’t surprising, as I am the... More > 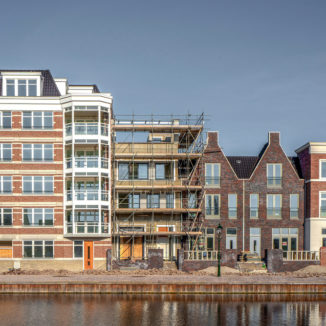 Why you should opt for the National Mortgage Guarantee, if you can

Why you should opt for the National Mortgage Guarantee, if you can

If you are buying a home costing less than the national average, you may well qualify for a special mortgage guarantee, known as the NHG. Mortgage advisor José de Boer explains all. The Nationale Hypotheek Garantie is a very Dutch thing – a sort of insurance, if you will, for people buying a more modest house. It was developed in the last century with the aim of giving home buyers an extra layer of protection in case they were unable... More > 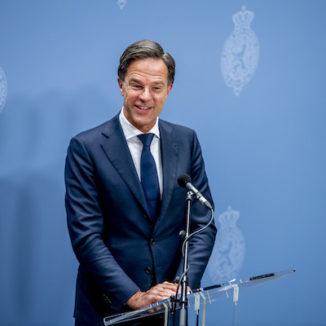 Herding cats and spending big: how Mark Rutte managed to cling to power

Herding cats and spending big: how Mark Rutte managed to cling to power

Mark Rutte could be forgiven for pouring himself a big drink this weekend. After months of intensive negotiations he has – like one of those charity fundraisers who slowly do a marathon in a hundred-kilo diving suit – finally limped across the finish line and managed to piece together a new governing coalition, writes Ben Coates. The outcome of nine months of coalition talks is a four-party alliance which includes his own VVD party, the right-wing CU and CDA, and... More > 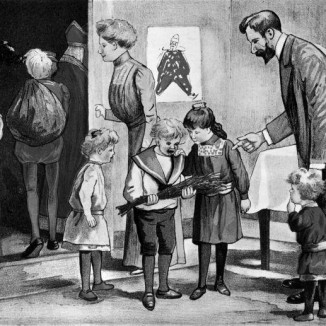 Any international who has survived one Sinterklaas season in the Netherlands is familiar with the dreaded Zwarte Piet debate. (If you’re not, David Sedaris can fill you in.) The pro-blackface Zwarte Piet camp claims it is defending Dutch culture and Dutch history, but really they are only defending grown adults wearing dumb costumes and uncomfortable face paint. Molly Quell thinks that if they wanted to promote Dutch culture, they should stop promoting racism and start advocating for poetry and art... More > 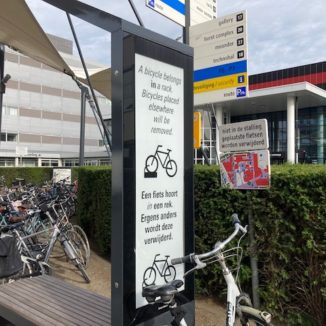 A seemingly unstoppable rise in foreign student numbers is threatening to overwhelm Dutch universities. But the problem, professor Annette de Groot says, is largely of their own making. Opting to conduct a big chunk of their degree courses completely in English (71.6% of the total at the last count) Dutch universities have made them irresistible to foreign students. Now they are struggling to cope with the effects of their language policy, which is making the national housing crisis even worse.... More > 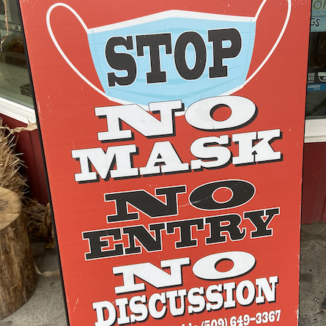 The pandemic has made international travel almost impossible, especially for those going further afield. A few weeks ago, Brandon Hartley returned to his hometown of Portland for the first time in over three years. We were 35,000 feet over Greenland when a mask-less woman bumped into my ankles with her head. This was one of the few scenarios my longtime partner and I hadn’t prepared for while planning our first trip back to Portland in over three years. Plotting how... More > 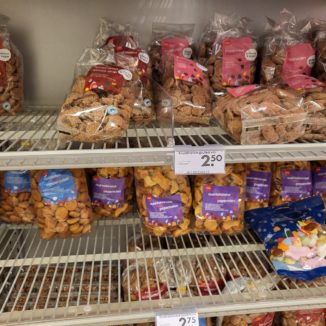 Give me year-round kruidnoten or the terrorists win

Give me year-round kruidnoten or the terrorists win

Historically, rich Dutch people shoved nutmeg and cinnamon (in disgusting quantities) into dishes during all seasons. There’s nothing inherently wintery about spices that only grow in tropical climates. Forget vaccine mandates, Molly Quell writes, the real injustice is the conspiracy that keeps us from enjoying kruidnoten through the entire year. This weekend, I took my winter coat and my mittens out of storage. The city of Delft strung up its holiday lights. I have begun a list of gift ideas... More > 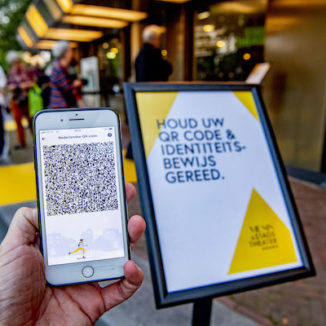 There may be no need to panic, but the Netherlands has not learned lessons from the past, and is not taking the rise in coronavirus infections seriously enough, writes Ben Coates. In early and mid-October, many Dutch newspapers made for grim reading. ‘In some towns… a third of the population lies sick’, one outlet reported, while another warned rising infections meant ‘in the hospitals there is no more room to take in seriously ill patients’. In the Hague, journalists reported... More > 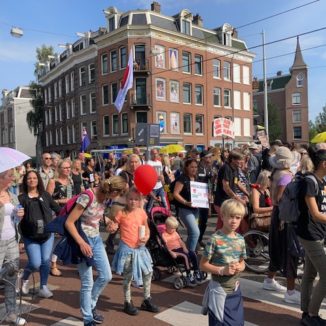 When did the rights of the minority of anti-vaxxers become more important than the rights of the vast majority who are doing the decent thing? asks Robin Pascoe. No-one would ever think nearly 4,000 people a day are being diagnosed with coronavirus in the Netherlands at the moment, there are so few public health measures in place. Social distancing gone, masks worn on public transport only, busy shops and no more queues at the market – it is as if... More > 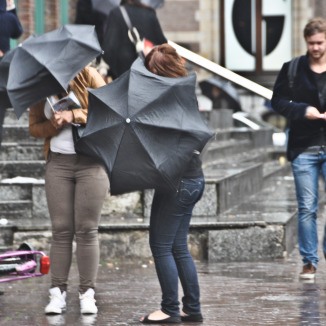 The rainy autumn weather has set in and so has the familiar packing and unpacking of raingear, the shaking of umbrellas by cafe doors and the hoods of raincoats cutting off peripheral vision. Longtime resident Molly Quell thinks Big Umbrella has conned everyone.  A few days ago, I arrived at a bar to meet a friend for a drink. I was soaking wet. As I’d gotten off the tram, the Dutch autumn skies opened up and proceeded to raise the... More > 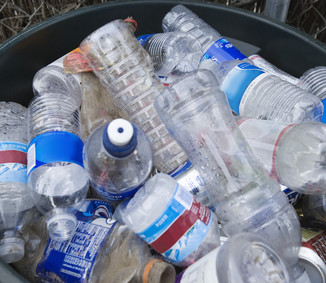 A legal loophole means retailers can sell drinks in small plastic bottles but don’t have to take the empty bottles back. That is not exactly consumer-friendly,  says Rob Buurman, director of environmental NGO Recycling Netwerk Benelux. From July 1 this year most small plastic bottles have carried a deposit. But during the negotiations over the introduction of the scheme the cabinet scrapped the legal requirement on the part of retailers to take the bottles back. This has already led to... More > 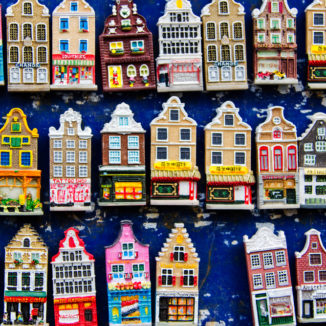 Judging by several recent articles, the Dutch press seem to be surprised that international workers are actually buying property in the Netherlands. But the reasons are obvious, says José de Boer from De Boer Financial Consultants. This summer the main Dutch financial newspaper ran an article highlighting the fact that expats are increasingly likely to buy a house in the Netherlands, rather pay the high rents so common in Amsterdam and the other big cities. The experts interviewed for the... More > 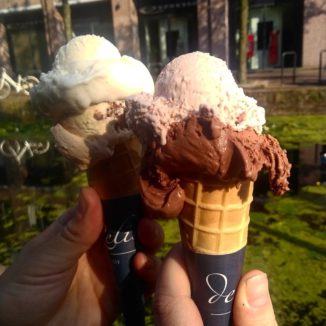 Why don’t you stay? How the Dutch run from the only good weather they have

Why don’t you stay? How the Dutch run from the only good weather they have

As soon as the weather gets nice, the Dutch hightail it out of the country so fast they cause traffic emergencies for their southern neighbours. Longtime resident Molly Quell doesn’t understand why.  One of the most confusing things about the Netherlands for me, after living here for nearly a decade, is not the tikkies for €2.40 for a single coffee. It’s not the refusal to pick up after their dogs. It’s not even circle parties. It’s the way the whole... More > 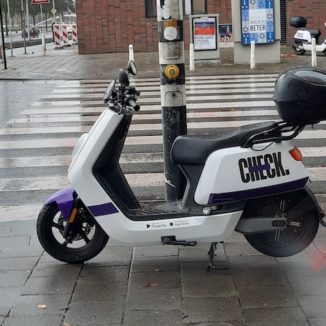 There’s nothing shared or green about those electric mopeds

There’s nothing shared or green about those electric mopeds

There is a new scourge in the Netherlands which is clogging up already overcrowded pavements – the supposedly environment-friendly, ‘shared’ electric moped, says Natasha Cloutier in this personal column. They buzz up behind you at the traffic lights, they park on the pavement where ever they like and they are making money out of being able to do so. Felyx, Check and GO Sharing – the names might be friendly, but what looks like a new form of transport is... More > 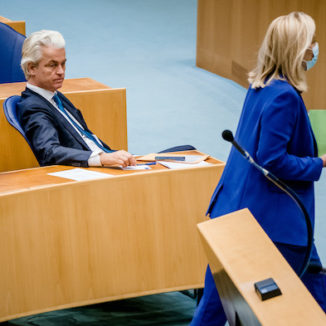 As insults fly across the parliamentary debating chamber, D66 leader Sigrid Kaag says mutual understanding, patience and a willingness to listen are essential in a healthy democracy. Chief coalition negotiator Mariëtte Hamer raised a few eyebrows when she said the coalition talks could do with a bit of cheering up. Some peole took it as sign of impotence at a time which demands great seriousness and a sense of urgency. The climate crisis is not very jolly, after all, and... More > 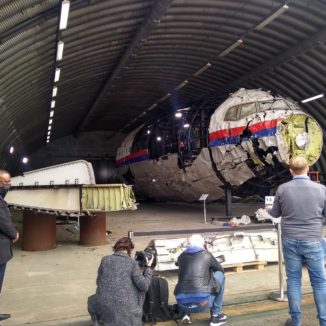 Visiting the wreckage of MH17, nearly seven years after the plane was shot down

Visiting the wreckage of MH17, nearly seven years after the plane was shot down

This July it will be seven years since a passenger jet taking nearly 300 holidaymakers to Kuala Lumpur was shot down over eastern Ukraine. Molly Quell is covering the trial. It was my first time in the location of a mass murder. I spend most of my time covering international law, including the International Criminal Court and the International Court of Justice, which try cases of war crimes and genocide. So I am not unfamiliar with large-scale atrocities. But standing... More > 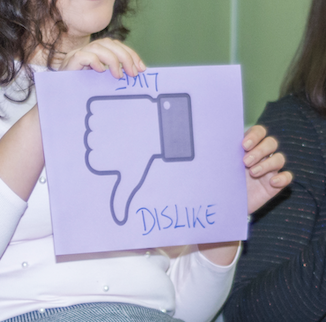 DutchNews.nl and Facebook: computer says ‘hope you are well’

DutchNews.nl and Facebook: computer says ‘hope you are well’

If you follow DutchNews.nl on Facebook, you may be wondering why our page has not been updated since April 25. The answer is simple. We have no idea. The DutchNews.nl Facebook page has been a central part of our information provision since it was created over 11 years ago. In that time, 67,000 of you have started following it, to pick up our regular posts. That reach has brought with it problems, particularly in the form of trolls, sneaky advertising... More >