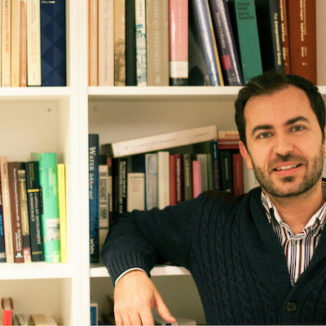 ‘I fell in love with the overall society — the organisation, biking culture, openness to change’

‘I fell in love with the overall society — the organisation, biking culture, openness to change’

Originally from the seaside town of Ayvalık in Turkey, Ozan Ozavci is an assistant professor of trans-imperial history at the University of Utrecht. He says he’s fallen in love with Dutch cycling culture and Old Amsterdam goat’s cheese and would relish the opportunity to discuss politics with Thierry Baudet. How did you end up in the Netherlands? I ended up here because I started a job as a post-doctoral research fellow on a project on security history at Utrecht University.... More > 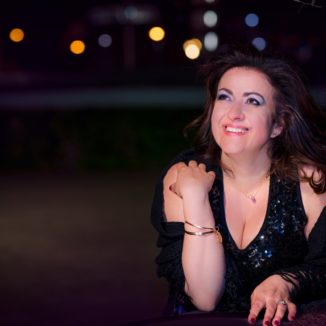 Italian theatre maker and opera singer Carla Regina (51) performs all over the world but has made Amsterdam her base for the last 20 years. Though used to being the prima donna onstage, offstage she loves the Dutch refusal to make a melodrama over small things but does think they could dress up a bit more for special occasions. How did you end up in the Netherlands? I came here for two reasons. I finished my studies in at the... More > 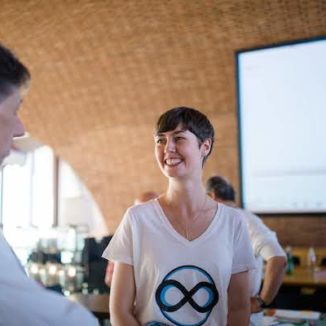 ‘By chance, I ended up in one of the most advanced and safest countries in the world’

‘By chance, I ended up in one of the most advanced and safest countries in the world’

Julia Skupchenko grew up in Russia and first came to the Netherlands to work for Shell. She now manages a non-profit, enjoys performing live music, and would like to one day meet queen Maxima. How did you end up in the Netherlands? Eight years ago, at an international conference in Norway where I was presenting my master’s research on oil and gas development in the Arctic, I was scouted by Shell to work on communications and third-party advocacy for their... More > 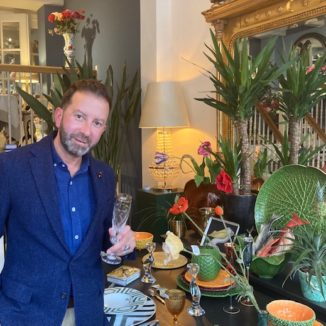 Miguel Angelo Rebello moved to the Netherlands from his native Portugal 11 years ago, to work for a French company which was building a power station in Lelystad. A keen cook, Miguel misses hot lunches and would like to meet queen Maxima, preferably in his shop in Amsterdam’s Jordaan. How did you end up in the Netherlands? I was living in Lisbon and I wanted to do something different, outside Portugal, I wanted to experience something new. So I started... More > 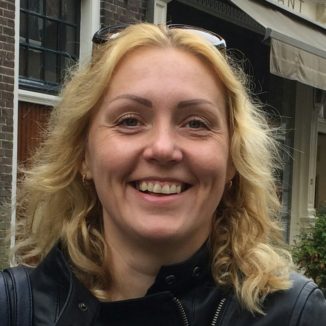 ‘Fresh flowers are so available and so cheap, you can have them all the time’

‘Fresh flowers are so available and so cheap, you can have them all the time’

Latvian-national Kristine Racina is the director of the Expatriate Archive Centre and moved to the Netherlands with her Dutch husband nearly 10 years ago. While she speaks Dutch and loves stroopwafels, she still cannot ride a bike.  How did you end up in the Netherlands? In 2005, I was working for the Ministry of Economics in Latvia and I traveled to China for an EU-Asia trade event. There, I met one of the members of the Dutch delegation, who would... More > 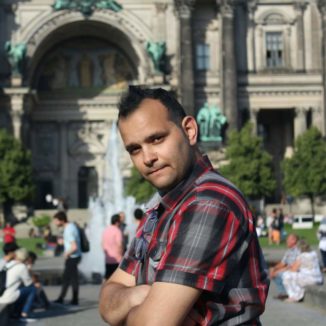 Rami Abusaleh (31) arrived in the Netherlands as a refugee in 2014, stateless and alone. He has since got married, become a Dutch national, and is beginning to heal from the trauma of living with conflict and oppression in his home country of Syria. A Master’s student in comparative literature at the University of Amsterdam, Rami dreams one day of having his own educational centre for cultural analysis. He is currently seeking work. How did you end up in the... More > 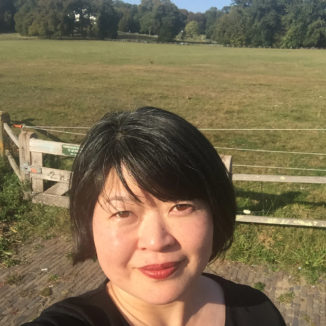 Miyuki Okuyama grew up in Yamagata, Japan and works as a professional photographer. Her latest exhibition, Foto-opdracht Nightfall, is currently underway in her new home town, at the Museum Arnhem. How did you end up in the Netherlands? I came to Holland to do an artist in residence and work on an exhibition. I’m still here. I met my husband, who is also an artist, in Arnhem. That was 18 or 19 years ago already. We got married later on,... More > 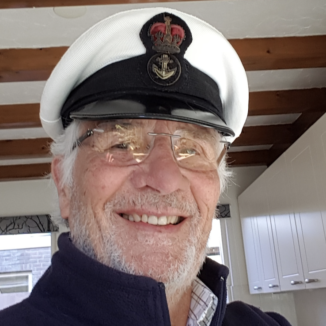 ‘My final years in Holland have been most content. I hope for many more’

‘My final years in Holland have been most content. I hope for many more’

Leo’s mother is the only person who ever called him by Royston, his birth name. He’s a retired electronic technician who worked with international agencies including Nato and the European Space Agency over the course of his career. Originally from the UK, he currently lives with his family in Noordwijk. How did you end up in the Netherlands? I first came here with a small team of Brits to install digital satellite communications for Nato in their kazerne (base) in... More > 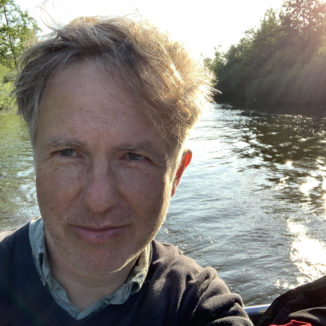 ‘Eating herring is a public consumption experience, it’s a ritual’

‘Eating herring is a public consumption experience, it’s a ritual’

American native Matt Steinglass is The Economist’s Europe correspondent. He likes herring and a special breed of potato, but cannot get to grips with the Dutch fondness for group projects. How did you end up in the Netherlands? I’ve always had a thing for the Netherlands. I had a stopover here on my way back from Israel when I was 13 and the Netherlands seemed so advanced. I dated a Dutch-American girl when I was in college and we planned... More > 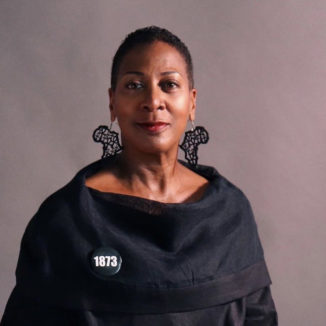 ‘We need to redefine what Dutch culture is’

‘We need to redefine what Dutch culture is’

Born in New York but with Surinamese heritage, and now a Dutch citizen, cultural historian Jennifer Tosch (56) moved to the Netherlands eight years ago to explore her Dutch roots. She is the founder of the Black Heritage Tours in Amsterdam and co-founder of arts and culture foundation Sites of Memory. She is happiest surrounded by water, but insists that Dutch culture is so much more than canals and herring. How did you end up in the Netherlands? I came... More > 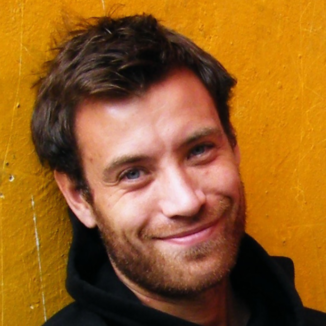 You might have come across one of Ben Coates books, Why The Dutch Are Different or The Rhine. Or maybe you’ve come across one of his controversial opinions about bike helmets or Dutch work ethic on Twitter. The British international aid worker and the author has strong feelings about Dutch food, but he’s here to stay.  How did you end up in the Netherlands? I was backpacking through Central America and I met a lovely Dutch girl. I got her... More > 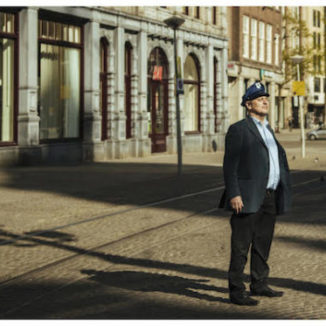 ‘Take it easy and chill. That typifies my Amsterdam’

‘Take it easy and chill. That typifies my Amsterdam’

William Sutton spent his childhood in the United Kingdom before moving to Canada at age 16 and then finally to the Netherlands in the 1980s. He now lives in Amsterdam and is a long-time actor who loves the city’s old school cafes. His most recent project is COVID Criminals Amsterdam, an online comedy micro-series. How did you end up in the Netherlands? My eldest sister married a Dutchman when I was 12 years old. I visited at that age and... More >

Slovak Viktória Pikovská (24) came to Rotterdam in 2016 as an exchange student and is now CEO of art company Victory Art, helping fellow Eastern European artists find a market for their work in the Netherlands. She’s making good progress with the Dutch language but can’t ever see herself eating herring. How did you end up in the Netherlands? I was a student in Prague studying at the Charles University, but at some point I felt like I needed more... More > 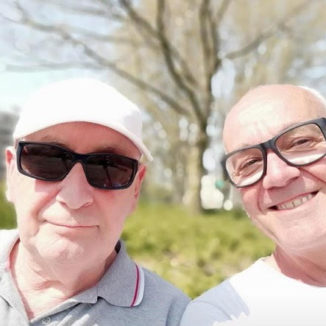 Elwyn Jones is a retired geography teacher from the UK who will be celebrating his 82nd birthday later this year. He currently lives in Heerlen with his partner, loves country restaurants, and would like to discuss politics with Mark Rutte.  How did you end up in the Netherlands? The town I left was Swansea, and that’s where I chose to live when I retired from my teaching post in London. It’s got the sea, it’s got hills, and it’s a... More > 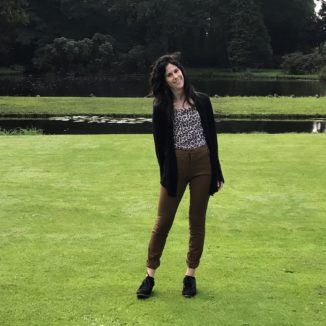 Israeli-American creative director Einav Jacubovich (35) couldn’t ride a bike until 2017 when she moved to the Netherlands. She has since fallen in love with the relaxing way of life here and splits her time between Maastricht and Amsterdam, enjoying the contrast between the cultures of North and South. Alongside co-creator Billy Linker, Einav’s passion is devising clever creative projects such as #StandingDonation, an initiative to turn standing ovations into donations as people clapped for healthcare workers; and – more... More > 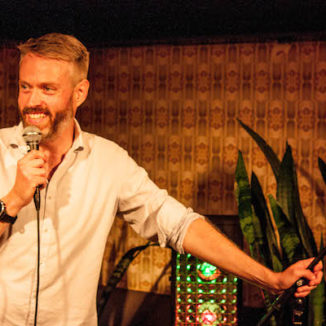 ‘I came here from another country. I’m not a Dutch citizen, I’m an immigrant’

‘I came here from another country. I’m not a Dutch citizen, I’m an immigrant’

Though he spends his days working in IT, by evening Steven Morgan is a stand-up comedian, running his own comedy night in Nijmegen and a cast member of Amsterdam’s Easylaughs. A British citizen, he’s been to a lot of cities across the country but mostly at night, promising to himself return during the day, but never managing to do so. How did you end up in the Netherlands? I was previously living in Australia with my ex, but being so... More > 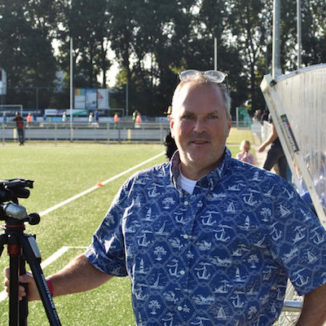 David Dilling grew up in Andover, a town north of Boston in the US. He started life in the Netherlands picking tomatoes before joining a software firm. He now lives in Pijnacker and is an ADO Den Haag season ticket holder. How did you end up in the Netherlands? The short version of the story is that I was in a bar in Newport Beach, California where I’d recently moved from cold Boston. I told my new friends that I... More > 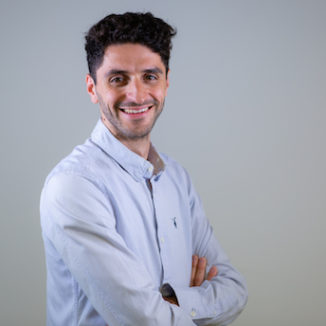 ‘What has really kept me here is the work-life balance’

‘What has really kept me here is the work-life balance’

British national Nicolas Deskos grew up in Manchester and moved to Amsterdam to do a master’s degree seven years ago. He enjoys the city’s entrepreneurial spirit, is a Johan Cruijff fan, and thinks Dutch is a bit like a secret language. How did you end up in the Netherlands? While I was at a university in the UK, a lot of my friends were doing year abroad study programmes. I was amazed at how good of a time they were... More > 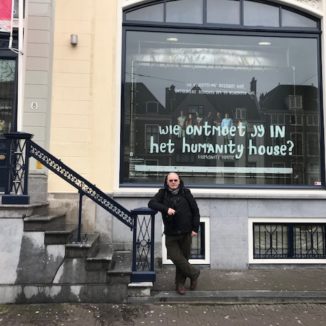 Larry Gardiner was born in London and first visited the Netherlands in 1972. He has been back many times since and currently describes himself as a ‘Brexit vluchteling’ (Brexit refugee). He finally left the UK and moved to Almelo with his partner in 2019. How did you end up in the Netherlands? My family has had a long relationship with the Netherlands and with Netherlanders. My youngest sister married a Dutchman. Her children and grandchildren have a central place in... More > 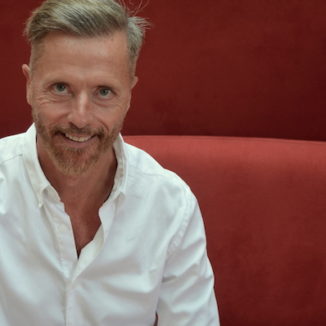 ‘Biking helps you pack so much into one day’

‘Biking helps you pack so much into one day’

Mark Winstanley (56) came to Amsterdam from the northwest of England in 1997 as a fashion buyer, but now works as a freelance actor and director and is the artistic director of the Queen’s English Theatre Company. A love of bikes and water makes him the perfect match for the Netherlands, which he now considers his home. How did you end up in the Netherlands? I came to work for Footlocker, the American sportswear retailer, as a buyer at their... More >