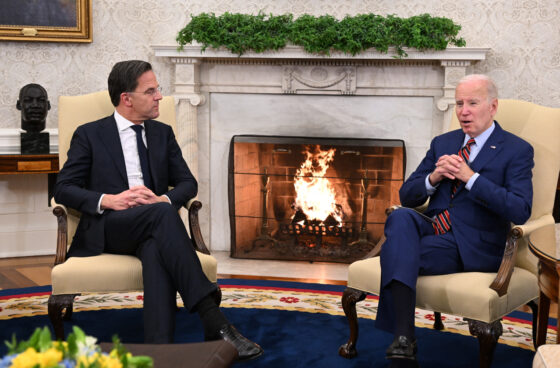 The Netherlands ‘intends’ to deliver Patriot missiles to Ukraine along with the US and Germany, prime minister Mark Rutte said after meeting US president Joe Biden in Washington.

Rutte said the weapons were ‘crucial for this phase of the war’ but would not expand on how many missiles might be sent or how quickly. ‘It’s not just about training but about materials as well,’ he said.

‘It’s not just that our values are under heavy fire here, but if Russia is successful in Ukraine it will directly affect our security, so we cannot allow it to happen,’ Rutte said.

The Netherlands has four Patriot missile systems with a range of 60km, which can bring down aircraft flying up to 20,000m above the ground.

Rutte would not say if Biden had agreed any kind of payback for the Dutch contribution to Ukraine. ‘These kinds of conversations aren’t meant to finalise deals, but to make sure the teams keep working together. The feeling on both sides is that we can make further progress after this conversation.’

The two leaders also discussed the export of semiconductor technology by Dutch technology firm ASML to China, which has been a bone of contention between the countries.

The US has imposed tough restrictions on exports of US-made computer chips to China in a bid to hamper its technological and military development, but the Netherlands is reluctant to follow suit because of the impact on ASML’s trade. Sales to China account for around 15% of the Veldhoven-based company’s turnover.

Rutte would not disclose what had been discussed with Biden, but said the talks had taken place in a ‘good atmosphere’. ‘I think that step by step we will be able to reach a good outcome,’ he told Nieuwsuur.