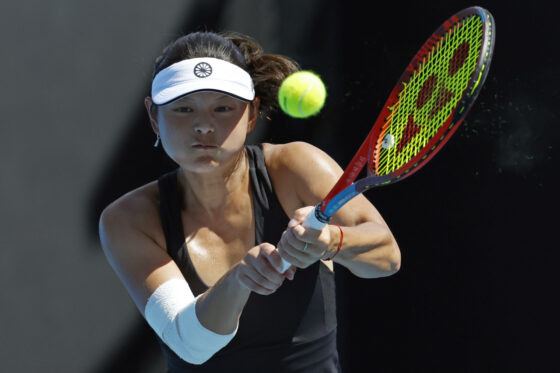 Tennis player Arianne Hartono has been knocked out of the Australian Open after losing to the experienced American Shelby Rogers in straight sets.

The 26-year-old from Meppel, ranked 240th in the world, came through the qualifying tournament and was the only Dutch woman in the singles competition.

After losing the first set 6-4, Hartono went 3-1 up in the second, but Rogers, who has twice been a grand slam quarter-finalist, responded by winning five games in a row to close out the match.

‘It’s a bit disappointing,’ she said. ‘I felt like I had a real chance during the match and there were moments when I was in a good position, but I wasn’t able to turn it to my advantage.’

‘I’ve had a good week and played three fantastic matches in the qualifiers, but this is where it ended and I have to make do with that.’

The two Dutch players in the men’s singles draw, Botic van de Zandschulp and Tallon Griekspoor, play each other in the second round on Wednesday.