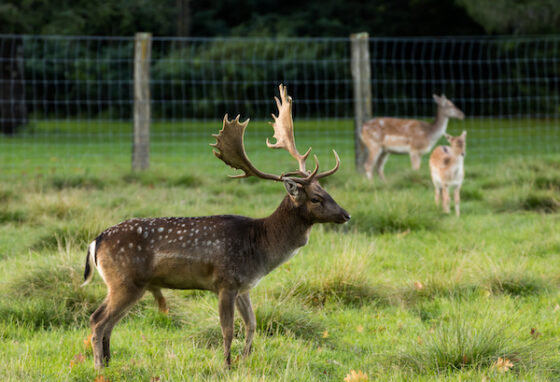 New rules for keeping and breeding some animal species mean that specialised deer parks will no longer be able add new fallow deer, or breed with the ones they have, the Telegraaf reports.

The Netherlands has some 250 ‘hertenkampen’, some 10% of which date from the 19th century and are on the list of protected monuments.

Fallow deer have now been excluded from a new list of animals that can be kept, which will take effect from 2024.

’The males are more aggressive during the breeding season and they use their antlers as a weapon. These are wild animals which need expert handling,’ a spokesman for the agriculture ministry told the paper. The animals are also in constant flight mode, which is also dangerous, the spokesman said.

While new animals are no longer allowed, the animals that are already there can live out their lives in the parks, including any young that are born in the meantime.

Fans of the deer park in the Kralingse Bos in Rotterdam told the paper the decision is ‘ridiculous’. ‘We come her twice a month with the children and they love it. I don’t see what’s dangerous about the deer, they are behind a fence and have all the space they need,’ visitor Remco Allewelt told the paper.

But animal protection body Dierenbescherming said the animals on the new list have been included for a reason. ‘If research has shown these animals are not suitable for keeping in these circumstances then that must change. We used to keep elephants and tigers in circuses and we got over that. Times change,’ spokesman Niels Kalkman said.

Kalkman said the only drawback to the plan is that the remaining deer will no longer form a herd. ‘In theory you’ll have a number of lonely deer on your hands in a couple of years. Perhaps the deer park keepers should put them all together when the time comes,’ he said.