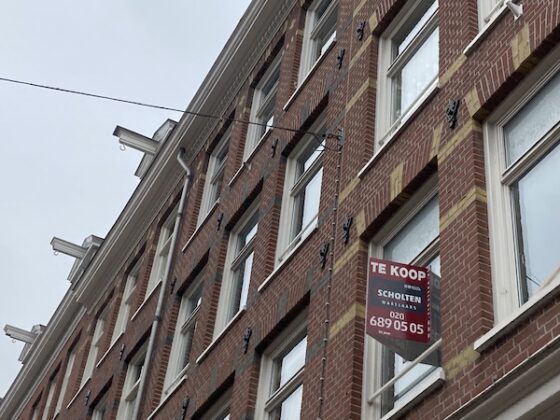 House prices have now been falling for five months in a row as rising interest rates reduces borrowing and the supply squeeze begins to ease.

According to NVM figures earlier this month, prices fell 6.4% in the final quarter of 2022, when compared with the same period in 2021, and 3.7% on prices between July and September.

The NVM covers houses sold by its 4,440 members, while the CBS looks at land registry transactions, which can take place several weeks after a deal has been signed. 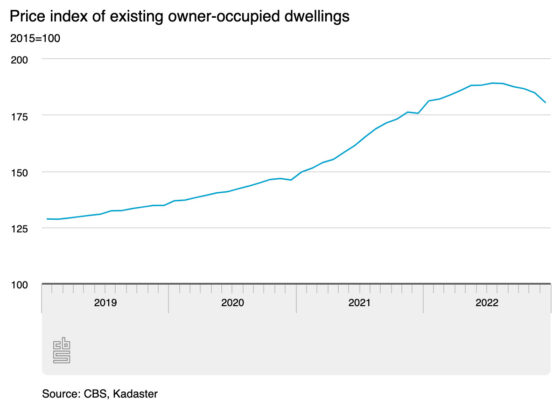 Prices were down in each of the 12 Dutch provinces in the final quarter of last year, but the drop was biggest in Utrecht, Flevoland and Noord-Holland at between 3% and 4%, the CBS said.