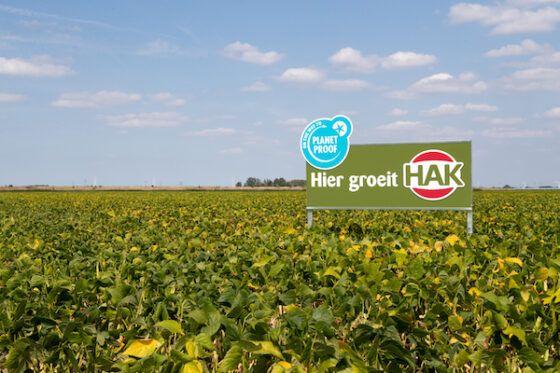 Part of Hak products have been organic since 2010. An earlier attempt, in 2003, foundered because of a lack of consumer interest.

‘As market leader we want to be at the forefront of local and sustainably grown crops. It’s a risk in the short term but in the long run this is better than offering two types of product in the supermarket. That will only create confusion among consumers,’ director Timo Hoogeboom said.

Hak has 38% of the Dutch prepared vegetables market and an annual net turnover of over €100 million. Hoogeboom said that switching to organic vegetables would not only benefit the environment but would also be good for business.

‘We are worried about the state of agriculture today. We see crops that are less nutritious and more vulnerable to diseases. The government action plan has provided the momentum for us to do something about the depletion of the soil and the quality of the crops,’ he said.

Hak will need three thousand extra hectares to be able to make the phased switch. Hoogeboom said farmers are likely to produce what he needs.

‘Government communication with farmers has been disastrous in the last few years,’ he told the NRC.  ‘Farmers are, in the end, only concerned about the continuity of the business. We are paying farmers who want to switch to organic farming, organic farmers who up production and farmers who switch from cattle to crops. With the current nitrogen crisis this is going to be where the opportunities lie.’

Prices for the new product are expected to go up by 5 to 10 cents per pot, Hoogeboom said. The company is planning to start a campaign to raise awareness about the need for organic vegetables. ‘People who buy our product already pay slightly more and that has not had any negative consequences.’